THE BULLITT MUSTANG IS FOR SALE…

Any reader who has a spare million dollars or so might care to attend Mecum Auctions tomorrow (10th January) in order to acquire the world’s most famous Ford Mustang.

Steve McQueen drove the Mustang on screen - Bud Ekins took the wheel for the more elaborate work – and he was heavily involved in the car’s look, selecting the “Torq Thrust” wheels as befitting the character of Frank Bullitt, removing the reversing lamps and fitting a black grille. The “Highland Green” paint finish was also well-worn, as this was a car driven by a hard-working police Lieutenant.

In addition to modifications to accommodate the camera equipment, the film crew also installed audio recording equipment to capture the noise of the exhaust; McQueen was insistent on not using Warner Brothers stock sound effects.

After filming concluded, the Mustang was despatched to Precision Auto Body where it received $920.16 worth of repairs; a paint refurbishment, a bumper straightening and re-chrome, the replacement of the driver’s door mirror and radio aerial and, inevitably, some dent removal. 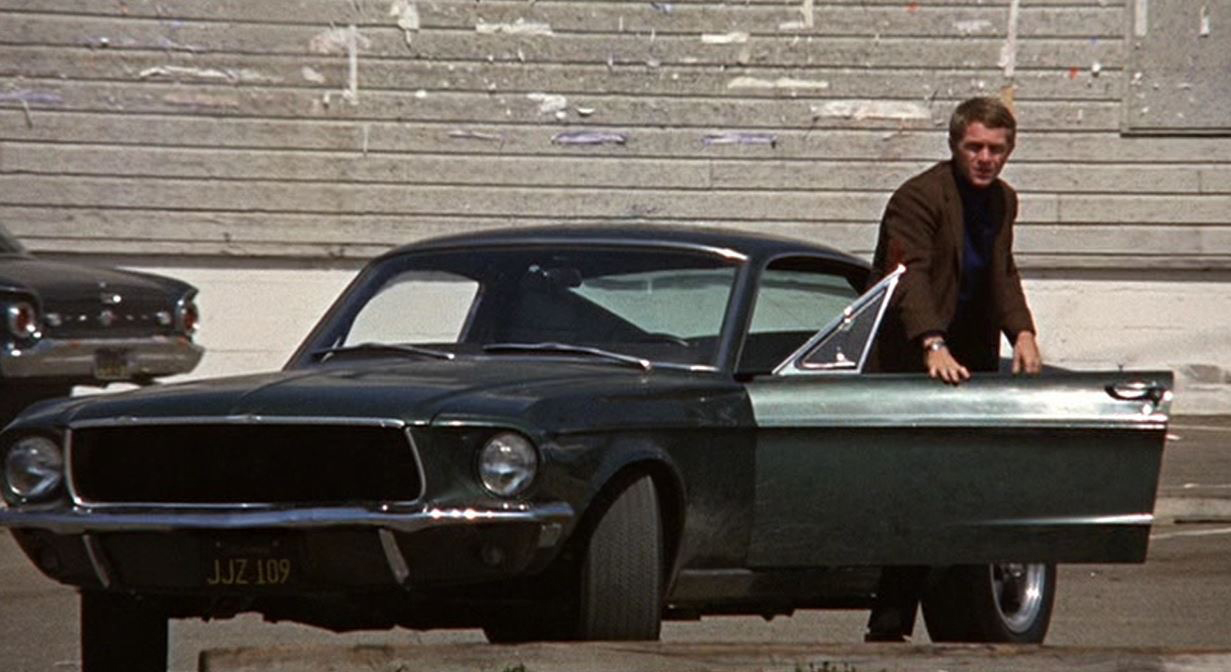 The Ford was then acquired by a Warner Brothers editing department employee named Robert Ross, who apparently commuted to work in Bullitt’s car. He also made some extra money when he rented the Ford back to the production company for some very late shooting.

Ross eventually sold the Mustang to a New Jersey detective named Frank Marranca in late 1970, but four years later he needed to buy an estate-car. The Ford had to go, and so it was advertised in the October edition of Road & Track: ‘1968 “Bullett” MUSTANG driven by McQueen in the movie’.  Incredibly, there seems to have been only one enquiry, but at that time it was just another old Ford…

Eventually, the Mustang was purchased by one Robert Kiernan, who paid anything from $3,200 to $6,000 – the story varies. Over the next few years, he also deflected all of McQueen’s offers to purchase the car.

By 1980, a fault clutch resulted in the Ford being garaged. Restoration work commenced in 2001, and the Mustang was inherited by Kiernan's son Sean in 2014 on his father’s passing.

And so, car no. 559 is due to change hands for a sum of money that is variously anticipated to be ‘large’, ‘substantial’ or ‘astronomical’. Cue Lalo Schifrin’s famous theme tune - https://www.youtube.com/watch?v=DUo9ogmtBoU