That Was The Year That Was: Classic Memories of 2016

What, you may reasonably ask, does Carry On Cabby have to do with any end-of-the-year classic round up?

The answer is simply that today I was thinking about the moment that I first became interested in the world of old cars, which I can trace more or less directly to the 7th and probably best, in my opinion, Carry On ever made being screened on BBC2. Some of you may have become fixated on the Capri 3000S Mk. III in The Professionals and others may have indelible memories of being taken to school in a Talbot Horizon or family holidays in a 1985 Nissan Bluebird. With me, I developed a sudden craving for a black Wolseley 6/99, preferably one with a bell on the front bumper. 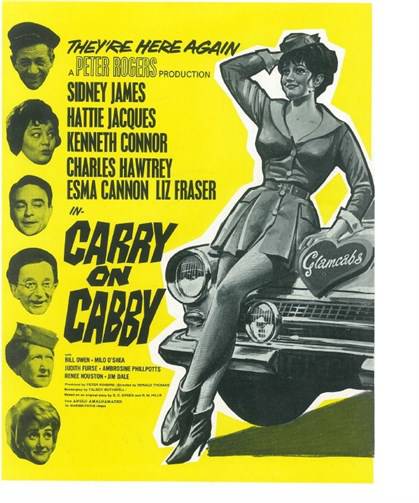 My point, which many of you will have already anticipated is that there is never any ‘right’ way of becoming involved with classic cars.  There is the fascination of the barn find where an Aston Martin DB4 covered in moss may see the light of day after years or even decades, the admiration for a machine now worth more than the average house and the amazement that a rare example of a once familiar classic still survives. This is one of the reasons why I so enjoyed my visit to the Lancaster Insurance Classic Motor Show in November, as I could witness so many different and mutually complimentary forms of appreciation – of engineering, of coachwork, of investment potential and nostalgia. To the real enthusiast, there can be no room for automotive snobbery as each vehicle is a vital aspect of the history of motoring. Every car at the NEC conveyed its own story, from Maxi to Rolls Royce.

Of course, classics are always more than about the cars. Any event, from a small display on the village green to a rally at the Ace Café and an elaborate international tour represents so much effort on the part of volunteers, who really do labour tirelessly to raise awareness of transport of the past. Two stories that I have recently heard illustrate the dedication of the classic car clubs, the first being the rescuing of a beige Maestro from a builder’s skip outside of Vauxhall Haverhill in Suffolk where it was promoting their scrappage scheme. After a certain amount of controversy, the Owners’ Club is pleased to report that the dealer ‘very graciously offered it free to an enthusiast’ and the 1988 model now has a new home. The second is the challenges facing the Princess Wedge expert Kev Davis as he plans to restore this recently acquired, and sadly vandalised, Ambassador Vanden Plas. Just one look at the picture will give a slight impression as to the daunting tasks ahead.

When the Maestro and the Ambassador are eventually returned to full splendour, their proud owners will inevitably hear the cry ‘my dad/mum/uncle/aunt had one of those!’ as classic cars so frequently bring a great deal of happiness to the wider community. There is also support for older motorists who have had a car they have owned from new kept fit, healthy and on the road. At the other end of the age spectrum I shall always recall the reaction of a trio of secondary school pupils to a Morris Marina 1700HL Estate parked outside Coventry University – ‘Well wicked car, man!’ Nor will I forget the admiring glance a young passer-by gave to a 505 GTi when I was traveling through Hertfordshire. He may not have known the model or even the marque, but there was an almost automatic understanding of the Peugeot’s understated style.

So, a happy New Year to you all, and may classic cars flourish with even more élan in 2017. And a special toast to those club heroes; past, present and future.

Want to know all the latest from Lancaster? Join in with the community on Facebook and Twitter.