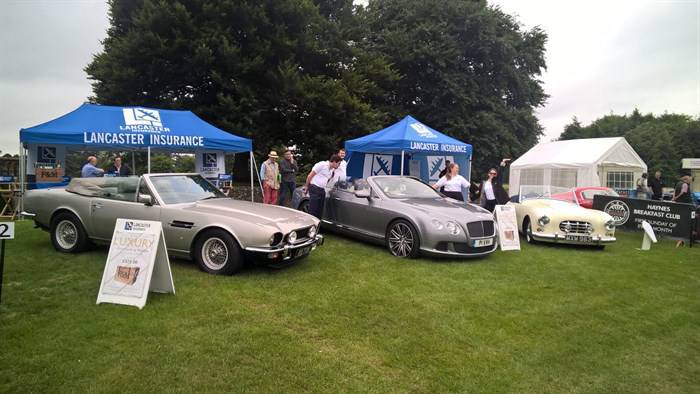 We’re thrilled to announce the show’s highest turnout last weekend, with more than 14,000 people attending the show, up 40% on last year! Over the weekend, 2,100 classic, motorsport and supercars were displayed over the 36 acres, with 1,720 classic and sports cars including those from members of 31 car clubs.

Andrew, Dave, Tom, Lauren, Hugo, Bev and Dan manned our stand over the two days in the picturesque setting of Sherborne Castle. We had a fantastic range of cars displayed including a Bentley Continental GTC Convertible, an Aston Martin V8 Volante and an Alvis Healey, alongside an F1 simulator for people to test their driving skills! The team met show visitors, car club members, owners of the cars being displayed and even a couple who had travelled from Norway especially to attend the event!

The selection of cars on display was fantastic and the combination of classics and supercars was incredible. It was great to see the parades entering the show as it gave attendees, and the team, a chance to see the cars in action rather than just a static display! Over the weekend, there was a first ever parade of 30 historic rally cars, some of which were driven by their original world rally drivers, notably Brian Culcheth and Bronwyn Burrell and the Lancaster Bomber fly over! This year’s marque feature was Mercedes-Benz and on display was a 1885 three wheel Patent Wagon replica, kindly loaned by Haynes International Motor Museum, and a former George Harrison owned 500 SEL AMG saloon.

Chairman of the organising committee, Nigel Young said: “We are delighted with the turnout and means we will once again be able to donate a substantial amount to our headline charity, Cancer Research UK and local Dorset & Somerset Charities.”

Andrew Evanson, Senior Operations Manager at Lancaster Insurance, comments: “It was our first year as headline sponsor as well as our first time at the show, and what a weekend it was. The atmosphere was electric and the range of cars on display was fantastic, there really was something for everyone. Congratulations to all involved for such a fantastic show!” 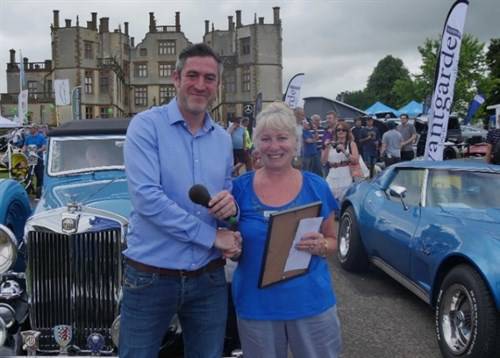 2nd prize: The CANAM American Car Club (click here to find out more about the club) 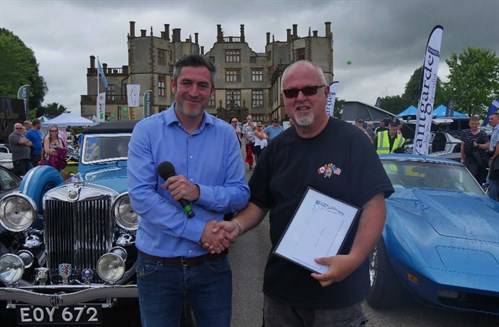 3rd Prize: The Independent Porsche Enthusiasts Club (click here to find out more about the club) 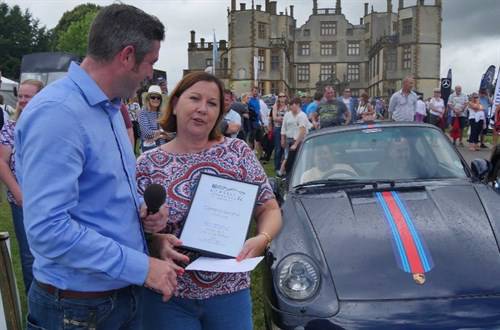