Many of us have planned a wedding/graduation/anniversary party and found ourselves in the position of being a professional juggler – issuing invites, planning the venue, chasing up emails and receiving phone calls to name but a few parts. For many classic car shows, the unpaid organisers give up their time to perform these tasks on a mammoth scale. One such volunteer is Adrian Fell of the Chiltern Hills Rally which took place on 21st May at Weedon Park near Aylesbury. As he puts it:

“I love it! I do the Facebook page, PR and advertising, draft the programme and get sponsorship from a few local companies. Then I also help to put up road signs and once that is over in April, it is time for some manual labour! Fences need to be put up and verge trimmed. On the day itself, I act as a marshall and take photos.” 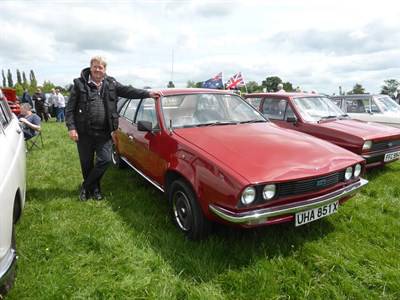 The result was a quite splendid gathering of some extremely fine vehicles. As a devoted fan of 1950s and 1960s pop culture, an Austin A99 Westminster naturally caught my eye but it was also fascinating to see entry - medium spec versions of once ultra-popular 1960s, 1970s and 1980s family cars; an FB-Series Vauxhall Victor, a Princess HL, and a Nissan Micra K10. Then there was a pale blue Ford Granada Mk. I that has been owned from new, a Series I Astra and a green metallic Triumph Acclaim - when did you last see any of those on the road? Yet more nostalgia was provided by an Arrow-series Humber Sceptre and various forms of BLMC ADO16; Vanden Plas, Austin Countryman, Wolseley and Morris. There was also a prime example of what must be one of the rarest post-war MGs – a Magnette Mk. IV ‘Farina’.

For anyone with a taste for the exotic – and here many a visitor would have to perform a double take – there was the utterly stupendous Facel Vega Excellence, the company’s only four-door saloon. Only 156 examples of this quite magnificent boulevard cruiser were ever made so the Excellence is not exactly a common sight anywhere, let alone in the UK. Equally exclusive, if somewhat more compact, was a Fiat 500 ‘Jolly’, the Ghia-bodied beach car for the jet set to carry on the deck of their yacht and one of the few cars to feature wicker seating. 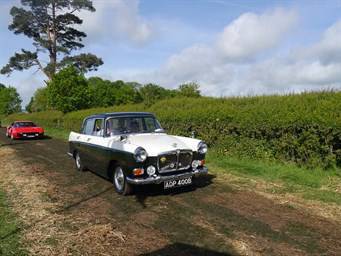 Meanwhile, a ’71 Transit Camper and its Bedford CF rival were slightly more down to earth, but no less desirable, and commercial vehicles are guaranteed attention grabbers at any show. This certainly proved to be the case with a ‘66 Commer, a ’65 Thames Trader and an Albion FT3. A Morris A60 Van reminds those of certain vintage of the days when they were used by virtually every grocer, baker or jobbing gardener and Bedford S-Type BP/Shell Mex petrol tankers once dominated the B3397 from the Hamble Oil Refinery.

Adrian himself presented the Best Young Exhibitor (AJF Motor Engineers Ltd.) Cup to Lexi Mitchell’s ‘83-model Ford Fiesta Mk. I and another class winner was a Princess ‘Wedge’ in a totally original condition. In fact, from Renault Caravelles to VW-Porsche 914s and from BMW Isettas to Triumph TR4s, the Chiltern Rally had exhibits to reflect virtually every taste.  My personal car of the Rally was the ‘64 ex-London Metropolitan Police Wolseley 6/110 owned by Keith Mercier – ‘people kept asking me to sound the bell!’ During the 1970s and 1980s, the mighty Wolseley was used by the Met as a PR vehicle and it also appeared in the film Buster in pursuit of Phil Collins. Personally, I always associate such cars with the Edgar Wallace B-feature series of the 1960s.

From just looking at these pictures, it is fairly obvious why events such as the Chiltern Hills Rally are so vital to the classic movement; they provide an unforgettable day out and raise the profile of so many cars.  Adrian wishes to pay tribute to everyone who made the 2017 Rally such a success:

“John Masters, our chairman is very “hands on” in planning the Rally and James Masters does the Trade and autojumble entries. Richard Sale organises the entertainment, Bob Prouting sorts out trophies and judges, Bob Reading plans the field, and Peter Cowley our treasurer also mans the club stands on the day with Roy Cowley. Then there is Dave Heasman and Peter Marks who run the catering and Michelle Pender, who helps out every year at the entry tent seeing the cars in.” 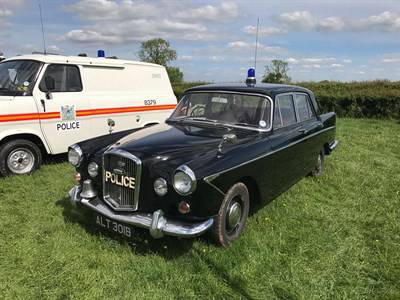 And across the country there are countless other volunteers, giving of their time so that an event that benefits old cars and their local community alike can take place.

Let us raise a toast to them, for without their efforts, the classic movement would be all the less. 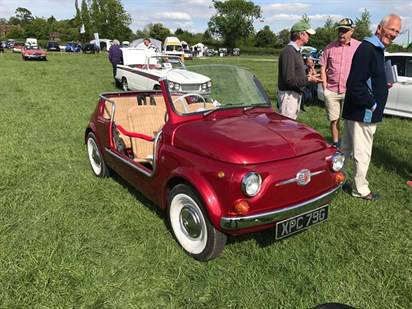