Do You Remember? Ladybird Books

Classic car enthusiasm often begins at an early age. It can be prompted by literally any encounter with a car, the admiration for an Austin-Healey 3000 owned by a neighbour or via the library at your junior school. It was there that the seeker of automotive wisdom might discover Motor Cars – A Ladybird Recognition Book – where from the first page, you would be irresistibly hooked. Once you had finished you would wonder just when you might next encounter a Simca 1501 or even a Rolls Royce Silver Shadow. 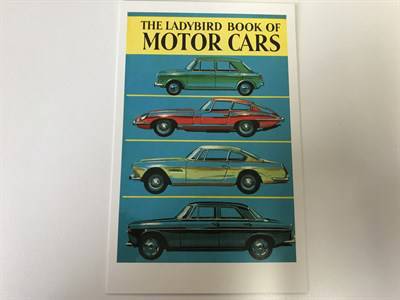 Ladybird books date back to 1914 and when I encountered them, many of the titles in the school library were at least a decade old. People at Work; The Policeman featured Wolseley 6/90s and Austin A95 Westminster on patrol and WPCs on point duty, directing MGA and Commer 1 ¼ Ton vans. The Car Makers had illustrations of Austin Mini Mk.Is and A40 Farinas being made at Longbridge, hospitals used J2 minibuses and the GPO would deliver your post in a red & black Morris Series Z van. 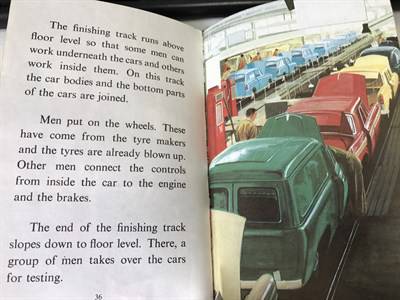 The incidental details had a fascination of their own, as they captured a suburban landscape that was only in the recent past yet seemed impossibly remote to a young reader of forty years ago. 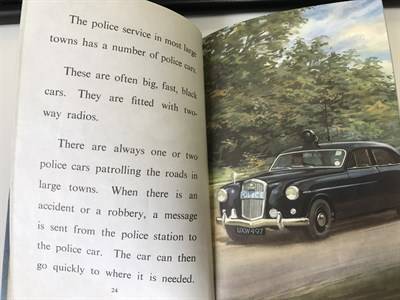 In the world of Ladybird books, traffic lights would be on black and white striped poles and high street traffic would include Ford 100E Anglia, PCs used police telephone boxes while on the beat and Thames Trader Lorries would be engaged in building a new motorway. The Ladybird Book of London had a cameo from a Mk. II Zodiac Farnham Estate – this was the artist John Kerry’s own car – and you might find drawings of smiling bus conductors on Routemaster back platforms, a detail that especially intrigued me. By the 1970s, Southampton buses were often driver-operated so the idea of a conductor who looked pleased to see passengers as opposed to a grumpy middle-aged teddy boy at the wheel of a Leyland Atlantean that reeked of Benson & Hedges was quite a refreshing concept.

The drawings in Ladybird titles were frequently updated and by the early 1970s Motor Cars has Rover P6B and an HC Viva on the front cover and contained descriptions of the Triumph 1500 – ‘has a good performance and is rather more expensive than other 1500cc cars’. Jam-striped Jaguar XJ6s now flagged down errant Morris Minor. Perhaps the Peter and Jane series best illustrated the changing times– in the 1964 original, ‘Dad’ wore a demob suit and drove a Mk. I Ford Zephyr-Zodiac.

The fact that at the age of 47 I can still recall almost every detail of Berry’s illustrations for The Car Makers or John Kenney’s pictures of Tootles the Taxi (a jovial looking Austin FX3) is just one testament to the impact of Ladybird books on a future classic aficionado. Recent parodies such as The Mid-Life Crisis,  only emphasise their place in British culture while the drawings of Singer Gazelles in the earlier editions taught many young readers that motoring of the past was well worth exploring. 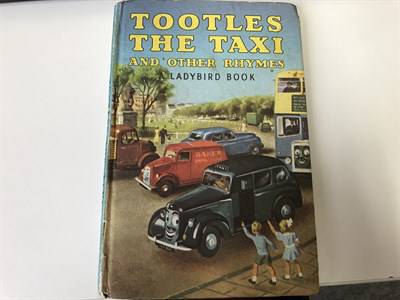 I am more than willing to bet that countless Britons of a certain age first developed an interest in motoring via the adventures of Tootles, Archie the Ambulance (a Barker-bodied Daimler DC27), Maurice the Motor (a Rover P4 75 “Cyclops”) among many others. And possibly my favourite car description is of the Wolseley 6/99 – ‘it appeals mostly to the man who holds an executive position in his firm’. Ladybird Books – informative and socially aspirational.