DVD of the Week - Department S

‘The orthodox is not for this department of Interpol...its operators handle only cases which cannot be solved by normal police routine.’ 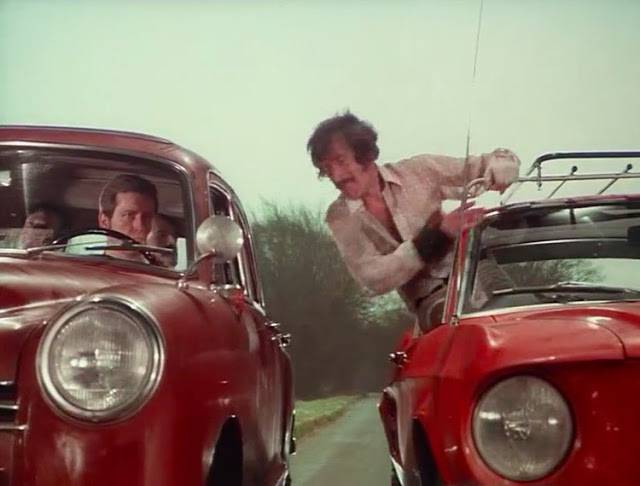 Yes, whenever a case proves too baffling -  or just too groovy -  the authorities need the talents of Department S.

Their Paris HQ is controlled by Sir Curtis Seretse and the team consists of the US agent Stewart Sullivan, the computer expert Annabelle Hurst and the ideas man, famous author and all-round bon viveur Jason King.

So stated the publicity for this delightful action adventure series, and here is just one example of its sheer hipness.

Dennis Alba Peters, who had previously appeared in Lindsay Anderson’s The White Bus.  played Sir Curtis, the US actor Joel Fabiani portrayed Sullivan and Rosemary Nichols was cast as Annabelle. 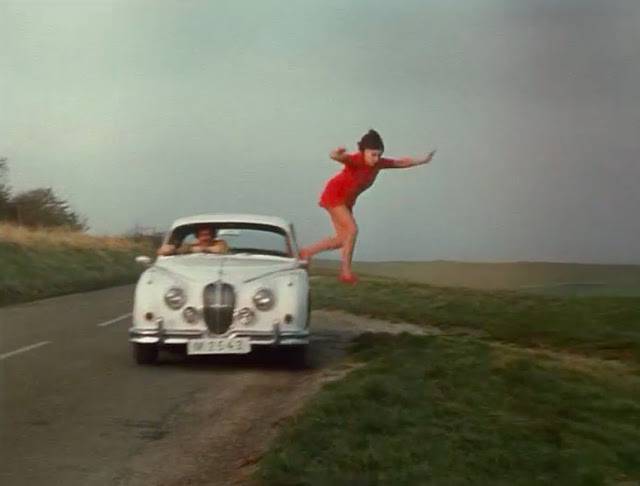 This left Jason King, and although the character was originally devised as an ‘Oxford Don’ type named Roger Cullingford, this was quickly left behind when the classical stage actor Peter Wyngarde joined the department.

He had previously played guest villains in The Saint, The Baron, The Champions, The Prisoner and, most infamously, the A Touch of Brimstone episode of The Avengers.

Wyngarde’s insouciant comic timing and quite wonderfully decadent wardrobe virtually made the series while he was also prone to such utterances as ‘Whenever I feel the urge to exercise, I lie down until it passes.’ 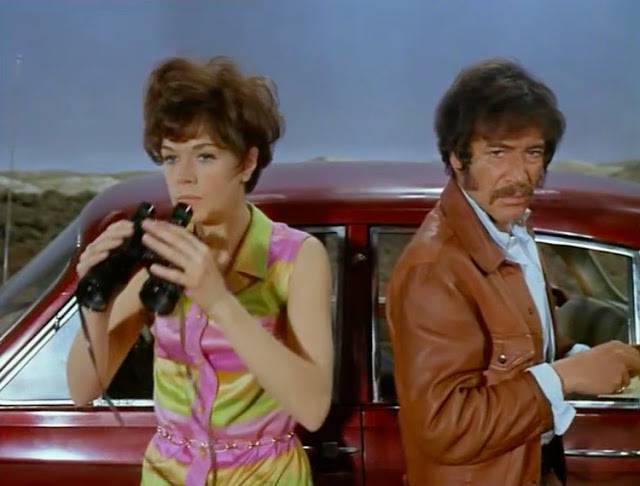 And if this were not enough, there was a Lotus press demonstrator Elan Plus Two, a Fiat 2300S, a and even a very early Ford PR Fleet Capri 1600 GT XLR Mk. I. Department S was shot between April 1968 and June 1969 virtually back to back with Randall & Hopkirk (Deceased) this inevitably meant that some cars were interchangeable; Jeff Randall’s FD-series Vauxhall Victor 2000 and Marty Hopkirk’s Austin Mini both make an appearance for example.

There is also ITC’s famed approach to continuity – in The Double Death of Charlie Crippen, a Rolls-Royce is transformed into an Austin A125 Sheerline, post-explosion.

As for Jason King, his car of choice was a 1959 Bentley S2 Continental Sports Saloon with James Young coachwork which belonged to Wyngarde as the actor was – and remains – a motor enthusiast. Here is the great car in action.

Department S had a global remit but their adventures were all filmed in the UK; after all what else is stock footage for?

Several future stars appeared in the series – the ‘Italian’ motorcycle policeman chasing the remote-controlled Chevrolet Corvair 700 Club Coupe in Who Plays the Dummy is a very young Michael Elphick and the guest star in A Small War of Nerves is none other than Anthony Hopkins. 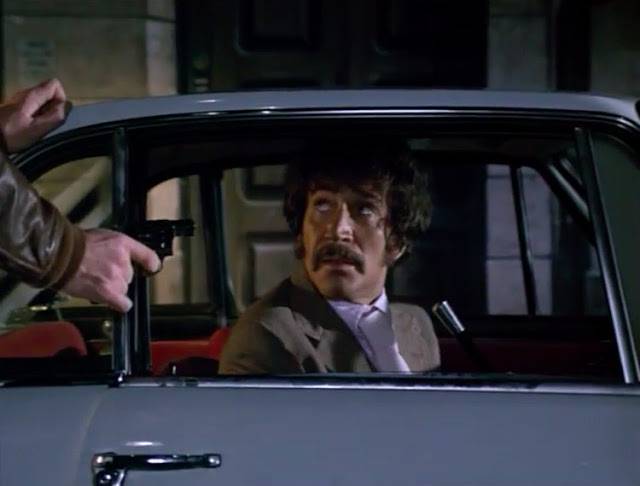 Being an ITC series there is, of course, the White Jaguar footage, which was originally created for The Baron.

By 1968 the production teams had created some additional footage which was edited into the 1965 stunt.

The fact that the Jaguar now changed model from a Mk. 2 to a Mk. 1 only added to the enjoyment. 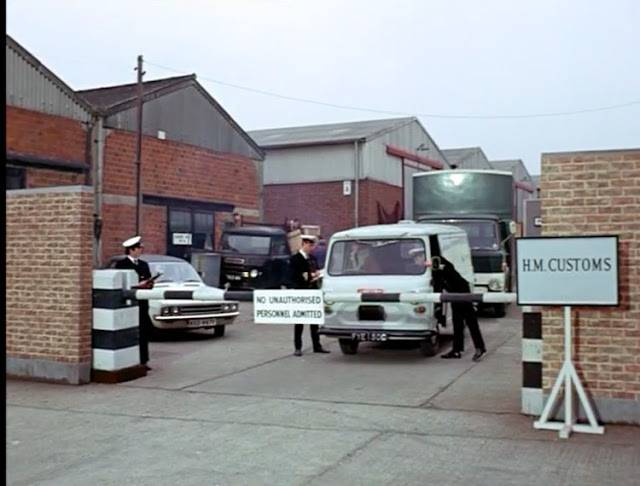 The series ran for 28 editions before the character of Jason King gained his own show.

Indeed, if I had to pick a prime adventure for Department S, I would have to opt for Who Plays the Dummy. H

ere, Jason and Annabelle must escape from a Jaguar Mk.2 that is remotely controlled by an international fiend. 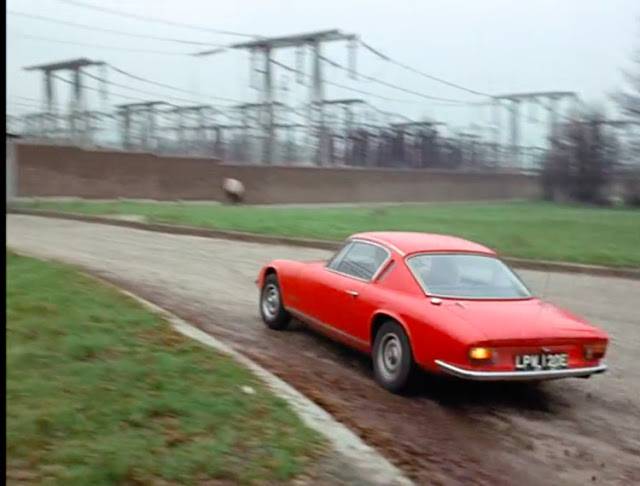 As the back projection goes positively wild our hero is forced to smash the (Perspex-looking) windshield before the car magically transforms into its predecessor and descends from a cliff.

Even more dramatically, Jason then leans out of the window of a speeding Mustang to free  Stewart (who is tied to the steering wheel of a Mercedes-Benz 190 ‘Ponton’ filled with mutant tailors' dummies and looks understandably rather cheesed off about it). 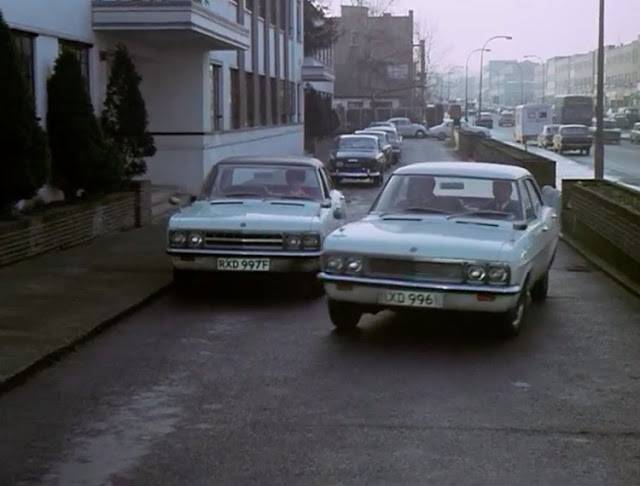