DVD of The Week - That Riviera Touch

In 1964 Morecambe and Wise signed a contract to make three films for the Rank Organisation.

The first, The Intelligence Men, was rather too much of an elongated television sketch (although the scene at the transport café is excellent value) and their last, The Magnificent Two, is unwatchable for reasons entirely beyond the control of M & W.

It is That Riviera Touch that remains the duo’s best cinematic outings -  not least for the very unusual spectacle of Eric test driving an early Ford Mustang. 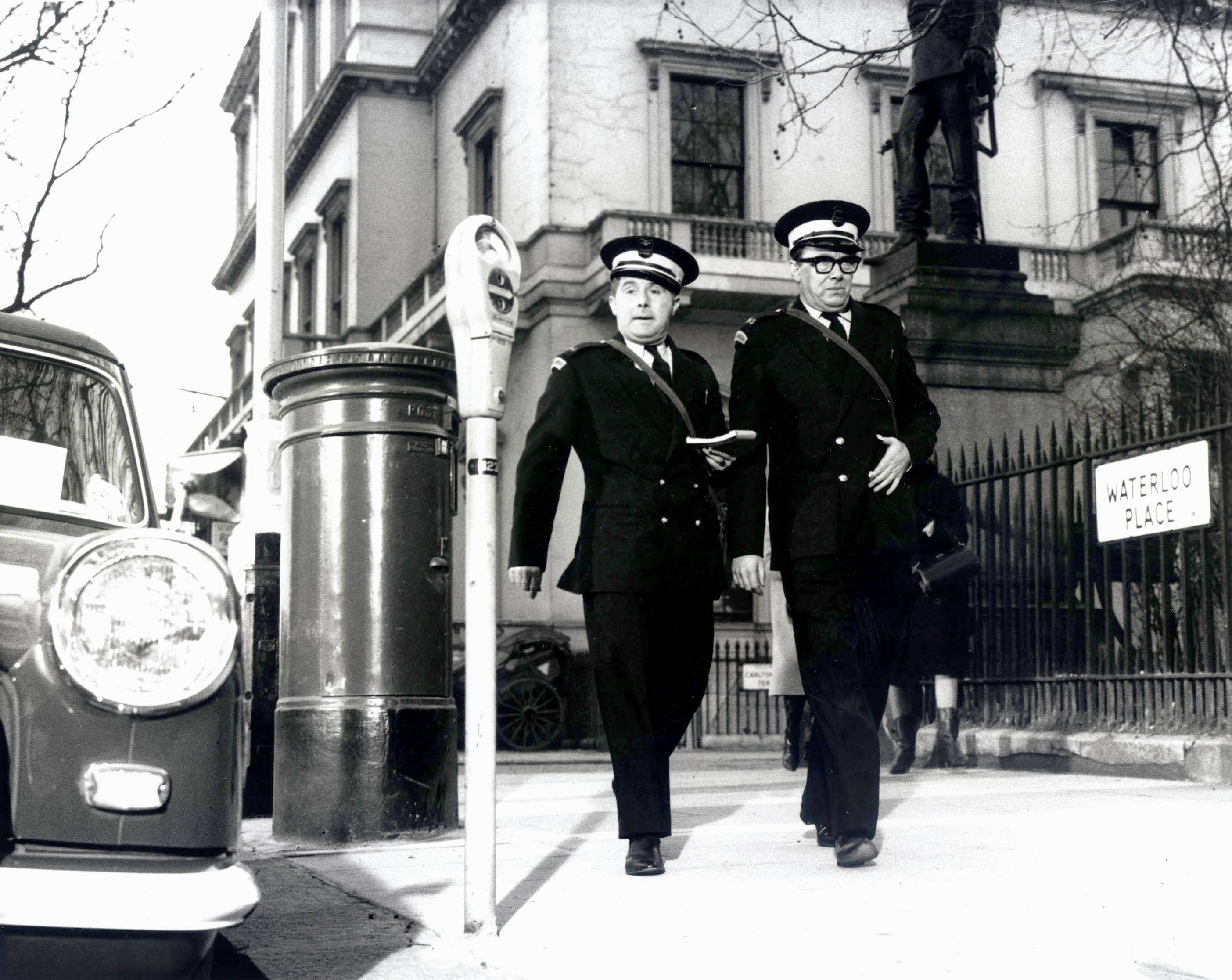 The picture entered production in 1965 and the plot may be best described as ‘uber-mid-1960s’; Eric and Ernie resign their positions as traffic wardens after the tall bespectacled member of the partnership attempts to ticket a number plate free Rolls Royce Phantom V belonging to HM The Queen.

They wisely decided to leave the UK for a while and so they take their 1928 Sunbeam 16 to the South of France, but on leaving the Bristol Freighter our heroes are being watched by a mysterious young lady with a Renault Caravelle 1100S.

Yes, in true glossy comedy-adventure narrative style, the vacation will soon be disturbed by the shenanigans of international jewel thieves…

Although the picture contains plenty of back projection (to be fair this was virtually de rigueur for a British comedy film of this period), some of That Riviera Touch was shot on location, allowing for plenty of opportunities to note Peugeot 404s, Renault Dauphines, Simca Arondes and other fine motor cars.

The opening scene is even better value as M & W inspect an Austin 1100 and a magnificent Fiat 2300 Familiare in a misty London of police telephone boxes and Triumph Heralds while the final reel car chase remains one of my all-time favourite cinema moments.

Of course, the viewer does have to suspend disbelief that a 37-year-old Sunbeam can overtake a Mercedes-Benz 190SL or overlook the fact that M&W’s car changes into what looks like a modified Morris Cowley at one point, but this is all part of the fun.

That Riviera Touch is, in fact, a rather ambitious and very polished looking comedy; from Otto Heller’s pin-sharp colour cinematography to Ron Goodwin’s score and a deluxe supporting cast.

Claudette is played by Suzanne Lloyd, a charming Canadian leading lady from many ITC productions and Paul Stassino, one of the great villains of 1960s television, is a genuinely menacing villain.

Francis Matthews, an M&W regular, cameos as the bemused Mustang salesman and one of the best performances is from Armand Mestral as a world-weary Police Inspector.

Not even his Peugeot 403 squad car almost being driven off a cliff by his sergeant (an equally on-form Peter Jeffrey) can disturb his sang-froid.

And the film contains a few surprises for anyone who is principally familiar with M&W in their later Eddie Braben-scripted incarnation.

Ernie not only sings a couple of rather good Jack Jones style numbers, he is also more of a fast-talking straight man than a deluded playwright; it is also very odd to hear him deliver the (wholly serious) line ‘shut up, he’s got a gun’.

Meanwhile, Eric looks splendidly gormless throughout as well as pricelessly displaying that he is indeed an Englishman abroad by wearing sandals and socks on the beach.

So, That Riviera Touch – superb music, a myriad of fine motor cars and Morecambe & Wise. Who could reasonably ask for more from a film?