DVD of the Week - School for Scoundrels

There are three standard reactions to School for Scoundrels, the first being ‘this is a masterpiece of comedy cinema, one starring Ian Carmichael, Terry-Thomas, Alastair Sim and Janette Scott’.

The second tends to be ‘what is a “Bellini” and the third is often along the lines of ‘what on earth is a “Swiftmobile”?’

To answer that last question, the car that Carmichael’s hapless hero Mr. Henry Palrey buys from Dunstan and Dudley Dorchester (two motor traders whose ethics are on a par with Arthur Daley) began its life in December 1928 as a Bentley 4.5 Litre with a Freestone and Webb Coupe body, chassis number AB3363. 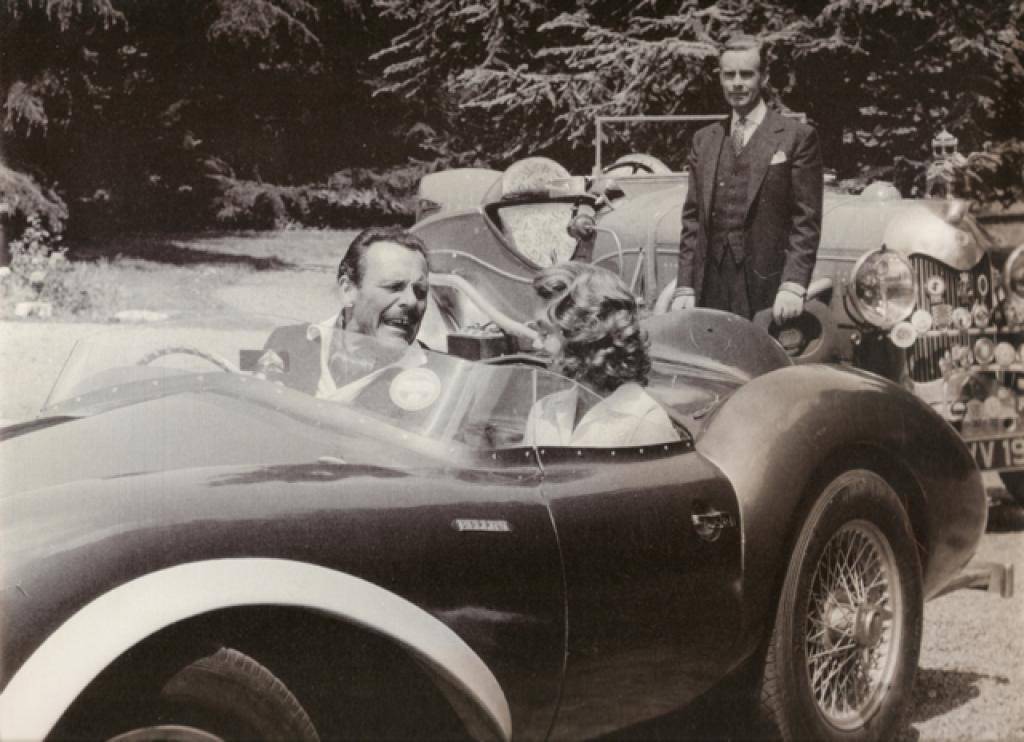 In 1959 the technical department of Elstree Studios converted it into a ‘1924 4-Litre Swiftmobile’, complete with a dashboard-mounted hour-glass.

Surely such a fine car is worth 695gns of anyone’s money, particularly as it comes with the ‘old type high point bevel transmission, for which 1922 was a good year’ and does not need any spares at all. Indeed, the Swiftmobile company apparently went out of business because ‘they were too good’.

But how could hope to compete for the hand of Miss April Smith (Janette Scott) when he arrives at a tennis club in a total heap?

His rival Raymond Delauney is played by Terry-Thomas in full cad mode, driving a Bellini and rudely comparing the Swiftmobile to a ‘stomach pump’ and his tail-finned sports car was a modified 1953 Aston Martin DB3S, that was originally built for Sir David Brown.

During the 1954 Le Mans 24 Hours race, in which three factory Aston Martins crashed, it was pressed into service as a works car.

The DB3S went on to compete in the Spa Grand Prix, the Mille Miglia, and the Nürburgring 1,000km.” be driven by no less than Stirling Moss, Peter Collins and Roy Salvadori.

No Swiftmobile owner could hope to compete with a Bellini owner and so Henry enrols at the School of Lifemanship, run by Sim’s lugubrious Mr. Potter and learns the ways and means of becoming a proper cad.

After graduating he even manages to sell his car back to the Dorchester brothers, trading it in for a 1958 Austin-Healey 100/6 plus 100 guineas cash.

In reality PJB 828, chassis no. BN6/532, was an ex-works car, having appeared in the April 8th, 1959 edition of The Motor before commencing its screen career

As for the Swiftmobile, it was sold by the studio in 1961 for the sum of £50 (after the cast members spurned a chance to buy it) and gained Vanden Plas Le Mans Tourer style coachwork.

It should be apparent that School for Scoundrels is indispensable viewing, from the street scenes of Hertfordshire with its Austin A40 Cambridges and MGA Coupes to a hand-picked cast of Britain’s finest actors.

And my favourite characters have to be the spivvish car traders of Dennis Price and Peter Jones, especially for their lines ‘the floorboards work on the pivot principle’ and ‘when you apply the footbrake it is advisable to apply the handbrake as well’.

You can purchase School for Scoundrels from Amazon