50 Years of the Triumph TR5

This year sees the 50th anniversary of the TR5, a Triumph which represented a bold technical development for the British motor industry.

As the company boasted, with justifiable pride, ‘Up till now Petrol Injection has been a fuel system used almost entirely by racing cars. Now it is available on one of the world’s finest sports cars’.

Indeed, the TR5 was the product of considerable thought by Triumph’s director of engineering, Harry Webster.

The 1965 TR4A was their first open car with all-independent suspension but there seemed to be little point in further developing the old 2.1-litre S4 engine.

The handsome – you could even say ‘formidable’ - 1961-vintage Michelotti styling was retained for the TR5 but the front brakes were upgraded and there was a new facia.

Ironically, the new engine did not find favour with Triumph’s USA dealers.

The plant required further modifications to ensure it would comply with the new Federal Emissions regulations, but this would have made the TR5 too expensive.

The solution was that American buyers would be offered the ‘TR250’, fitted with twin Zenith-Stromberg 175CD carburettors.

The latest generation of TRs was still very much in the spirit of the original TR2 but with rather more comfort – reversing lamps, a heater, electric windscreen washers, two-speed wipers were all standard equipment.

The TR5 was naturally one of the stars of the 1967 Earls Court Motor Show, as featured in this Pathe footage (please ignore the stunningly dreadful patter from the narrator).

In 1968, Car magazine thought that ‘the engine is splendid, a tribute to the rightness of Harry Webster’s decision to go injection’ and in that same year Motor positively raved that:

‘This magnificent power unit is the answer to the enthusiast’s prayer. Once above its rather lumpy idle it explodes its torque onto the road with effortless ease to the accompaniment of a melodious exhaust which must delight even the most decibel conscious ear.’ 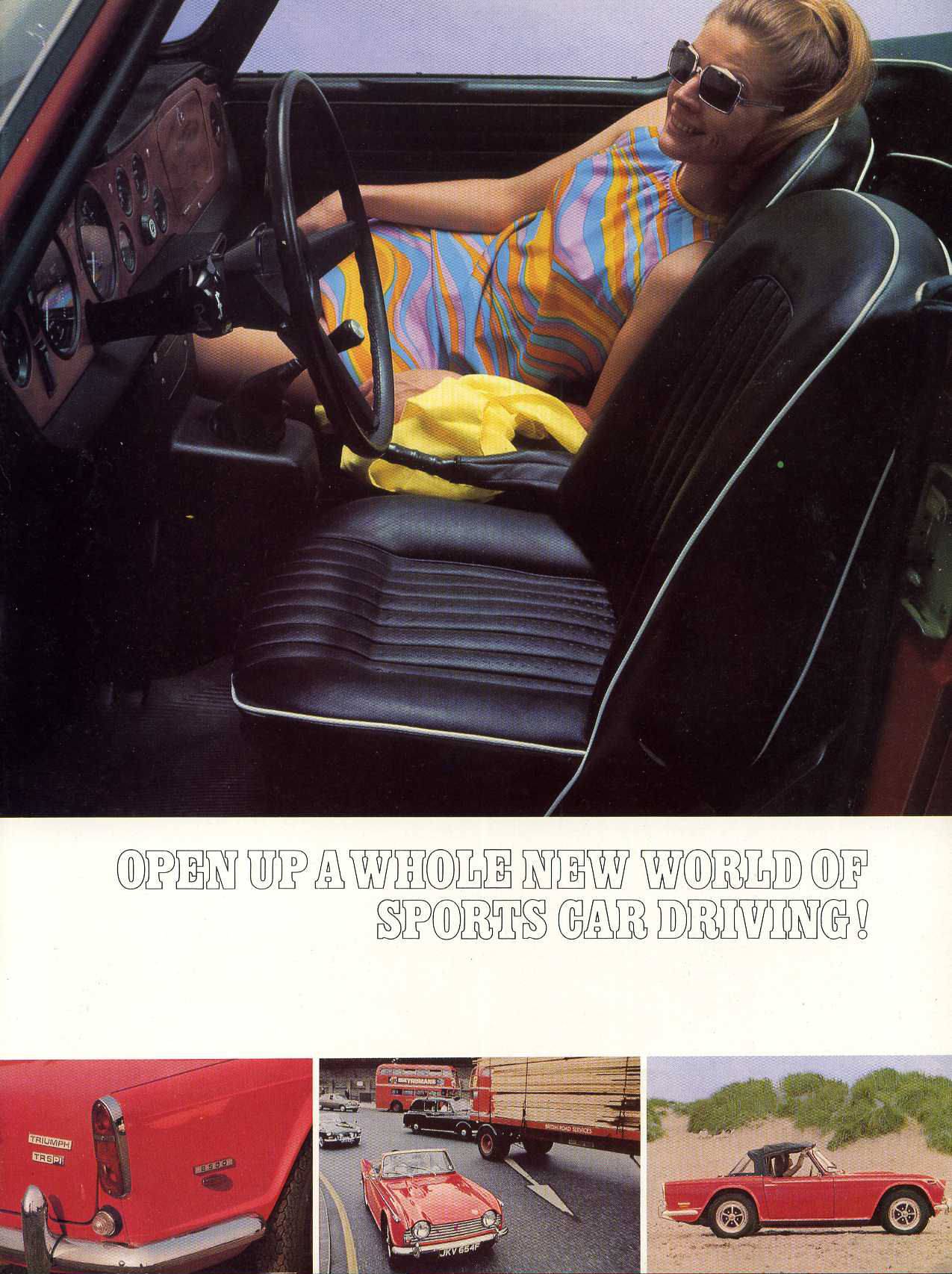 Unfortunately, the TR5 was known to suffer from mechanical maladies, such as intermittent power failure.

The electric pump was prone to failure and not a few Triumph owners found that surrounding it with a bag of frozen peas was a useful ad hoc method of cooling.

There was also the problem that owners inexperienced in the ways and means of fuel injection would tinker with the Lucas set-up.

Today, the car with ‘smooth, surging, effortless power’ is highly prized and it remains a prized example of Triumph’s sheer ambition during the 1960s.

As Webster once noted in later life: ‘Our rivals were always enormously bigger than we were.

We had to spot niches in the market and say: "This is where a car will sell for a little bit more than the others”.