This is a vehicle that will need no introduction to any reader from ‘Down Under’ and many Britons will be familiar with the Holden 48-215 – aka the FX. On 29th November 1948, it became Australia’s Own Car, creating a nearly 70-year tradition that ended on Friday 20th October this year when the final Commodore left the production lines. 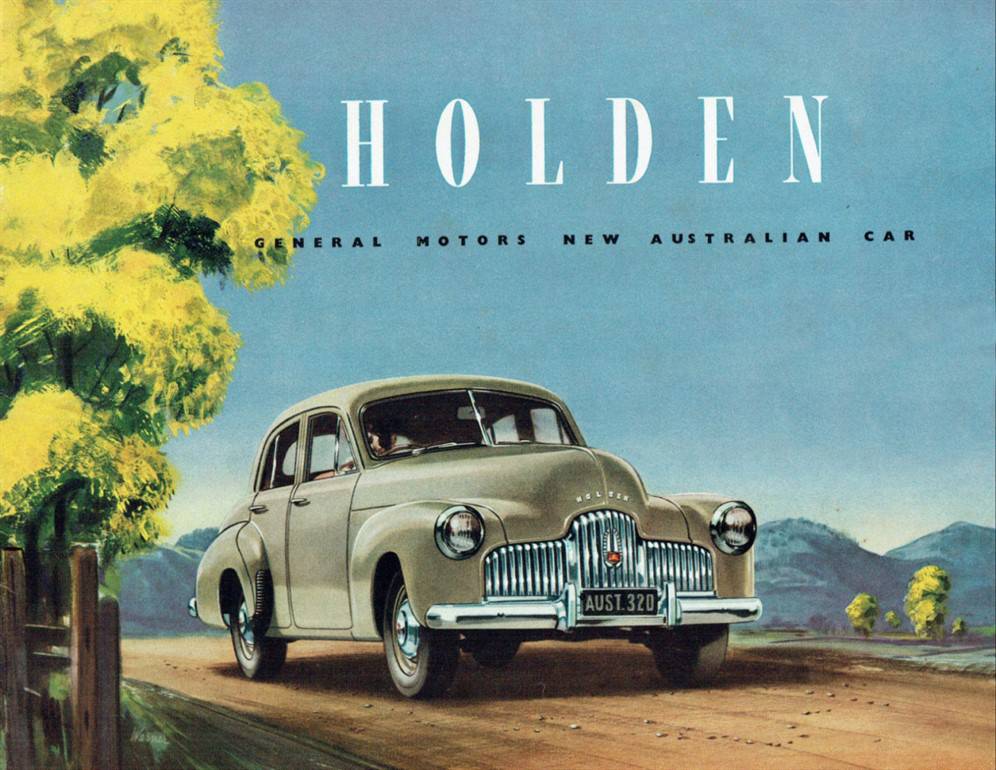 Holden had been owned by General Motors since 1931 and the firm made bodies for its American and British products. 13 years later the government wished to stimulate domestic industry and, so it invited motor manufacturers to submit their ideas for plans for Australian car manufacture in exchange for tariff protection. At that time, GM already had a very viable prototype, for they had been developing a compact Chevrolet. This was ultimately regarded as too small for its intended US customer base, but it seemed ideal for the Holden project.

However, the challenges facing the new car were considerable. It had to look smart enough to tempt accountants, lawyers and other middle-class suburban owners of US-style cars, and to be offered at a price that would make it a viable alternative to such Anglo-Australian rivals as the Standard Vanguard Phase One. Furthermore, it had to be capable of enduring heat and hundreds of miles of poorly surfaced roads. One key to the FX’s future success was the 2 ¼ litre six-cylinder ‘Grey Motor’ that proved to be incredibly flexible and meanwhile, various names were considered; at one point the Holden was to be badged as the Emu!

The debut of the FX proved to be such a success that thousands of motorists put their names on the waiting list. This was not just the first Australian car to be made on dedicated continuous production lines - https://www.youtube.com/watch?v=BrcB15_kfVk - it was the first car to be created for that country. The Holden had a three-on-the-column gearchange to permit three occupants on the front bench seat, the ground clearance was excellent, and the monocoque body was dustproof. The FX was fitted with one stop/tail light and there were neither sidelights nor trafficators; at that time direction indicators were illegal in some states. Ventilation was via a flap mounted in front of the front windshield, demisting was via the front quarter lights and heating was via the driver and his/her passengers donning overcoats in winter.

To further ensure the Holden’s price and weight were as low as possible there was a six-volt electrical system, no armrests on the doors and only the driver had a sun visor; your friendly local dealer could also provide you with a list of NASCO accessories, such as a Venetian blind for the rear window or a dashboard-mounted fan. Besides, a comparative lack of standards equipment was of little consequence when you were behind the wheel of your new Gawler Cream or Seine Blue FX.

The introduction of the Utility in 1951 only enhanced its popularity and in July 1953, shortly before the range was facelifted as the FJ, Holden unveiled the ‘Business Sedan’, which boasted heavy duty rear springs and was aimed at the taxi market. By that time the FX had transformed a nation’s motoring landscape and it is one of those rare machines that genuinely merits the term ‘icon’. The passing of Holdens being made in Australia is a deeply sad moment in automotive history – but it cannot quell the legacy of the original 48-215.