Unfortunately we had a very disappointing weekend at Oulton Park. The chassis on the Elva sheared, and the engine on the Formula Ford packed up resulting in two broken cars!

Formula Ford
For qualifying, the grid was divided, splitting the championship table into odds and evens. Being 6th in the championship I was 3rd out in my heat. A car in the previous session had dropped oil, making for some treacherous conditions, but I put in a good lap and ended up 3rd in my heat and 6th on the grid for race 1.

For the first race, we had a rolling start due to issues with the standing start procedure last year. I made a great start into Turn 1. Michael O’Brien started alongside me but I got around the outside of him so we ran side-by-side through Cascades and I overtook on the inside into Island Bend. I had Benn Simms in front and started to close him down. On lap 2 Michael O’Brien passed me heading into Hislops Chicane and I now had Benn Tilley for company on my gearbox. Benn and I traded places at least twice every lap as he was quicker in Sector 3 where I was faster in Sector 1. I was among the lead five and we pulled a gap. When the flag dropped, I crossed the line just under 0.5 of a second in front of Benn. What a race!

I started the second race in 6th and made a great start again, passing Benn Simms around Old Hall. Unfortunately at the start of Lap 2 I started experiencing engine issues, with the car struggling to pass 3,000 revs. I managed a few more laps but after dropping position during each one, ended up pulling in. Not the result we’d hoped for! 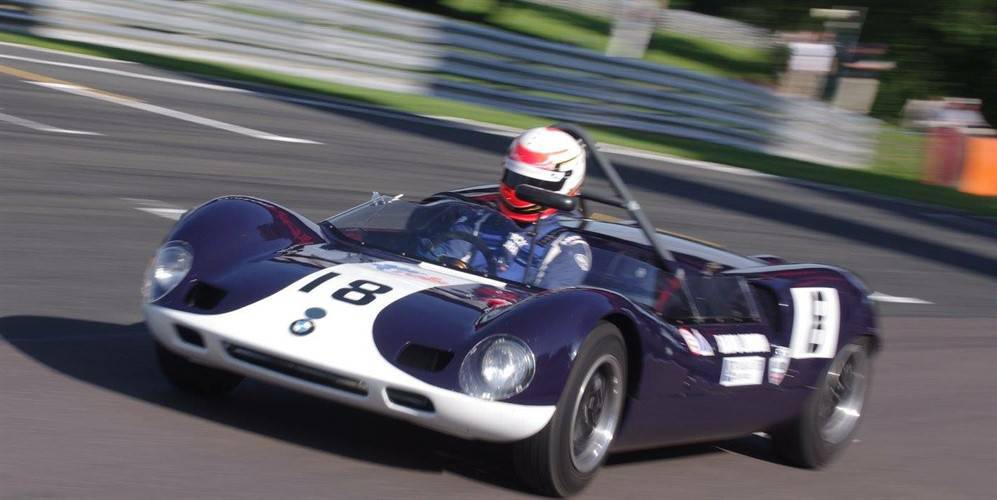 Guards Trophy
Ben Mitchell had the first qualifying stint and remained in position one after the first lap. He came in for the driver change and we dropped to second, behind Philip Nelson’s Chevron B8. Ben had mentioned the car was suffering from some understeer through the faster corners (Cascades and Druids), which I felt getting progressively worse. In the pits and we discovered the chassis had failed on the front right pick-up points. We couldn’t fix the car at the circuit so had to pull out of the race. We ended the session in position 2 however, with the car still showing great potential.

What’s next?
The Elva needs chassis repairs and we need to establish what’s gone wrong with the Formula Ford engine but the rebuild on the Chevron F3 engine is nearing completion. In the several years we’ve been running the cars, they’ve been very reliable and have only needed routine service work, so to have major issues on all three is unfortunate. We’re doing our best to get at least one car out for Snetterton later this month and the Silverstone Finals in October!