DO YOU REMEMBER THE VAUXHALL FIRENZA?

There are many of us - i.e. people of an age to remember the time of The Protectors on ITV, Spangles and when crimplene flared slacks were the height of fashion – who regard the Vauxhall Firenza as an underrated coupe. The styling was very appealing with its quasi-Pontiac lines, the four headlamps lent a purposeful air to even the 1,159cc versions and, in 2300 Sport SL guise, it looked as hip as any Capri XLR. And this is before we mention the Droop Snoot.

Ford’s ‘car you have always promised yourself’ was the obvious target when Luton was planning a sporting version of the Viva HC and another future competitor was the Sunbeam Rapier “Arrow”. It’s trans-Atlantic appearance also reflected the fact that Vauxhall’s main export market was Canada where the Firenza might serve as a ‘second car’ to the family Chevrolet and when it debuted in May 1971 it was sold as the car with ‘a\dramatic new shape’. Admittedly, the entry level De Luxe was not exactly going to set the world, or even suburbia, on fire and the Viva-style strip speedometer lacked excitement but the new Griffin badged car certainly looked good. Even the colour choices, from “Honey Starmist” to “Tasman Orange”, were pretty groovy and the performance was more exciting if you specified the 1.6 or 2.0 litre OHC versions.

By early 1972 the Firenza had gained up-rated power plants – 1.2 litre, 1.8 litre and 2.3 litre – and there was a new flagship. The 2300 Sport SL boasted a seven-dial fascia as befitting ‘the ultimate in high-powered compact-sized luxury motoring’.

Vauxhall also gained invaluable publicity when Thames Television sponsored the Byldenstein Racing team and the sight of Gerry Marshall driving his Firenza to victory should have been good for thousands more sales. It would have also helped compensate for the loss of the Canadian market, where the model’s reputation for unreliability had proved disastrous for the marque.

In 1973 the standard Firenza range was re-branded as the Magnum for the name was now reserved for a rather special model. Blydenstein developed the 2.3 litre engine which was now fitted with twin Stromberg carburettors while the great designer Wayne Cherry devised new GRP frontal treatment that was reminiscent of the Ferrari Daytona. There was also a five-speed ZF gearbox, improved brakes and suspension, Avon “Safety” alloy wheels and a choice of any colour that was “Silver Starmist”. The official name for the latest version was the “High Performance” Firenza but it would inevitably come to be known as the Droop Snoot.

A combination of dynamic looks,  a low drag co-efficient, a 120 mph top speed and 0-60 in eight seconds should have made the Droop Snoot a commercial success, as well as giving the marquee a new image. ‘Vauxhall get it right – and how!’ thought Motor while Car magazine compared the Droop Snoot with the Escort RS2000 Mk. I and the Dolomite Sprint. They concluded that ‘for a fast cross-country journey offering the maximum in driving pleasure, you’d take the Vauxhall Firenza every time’. Alas, it had the misfortune to make its bow at the London Motor Show during the time of the Fuel Crisis and its eventual sales were just 204 units.

The Firenza named finally vanished in 1975 and 43 years all models are highly collectable; indeed there are probably more surviving Droop Snoots than 1200 De Luxes. And, for anyone who doubts that a Vauxhall could be as thrilling as any Ford Capri, here is some priceless footage of Mr. Marshall in action - 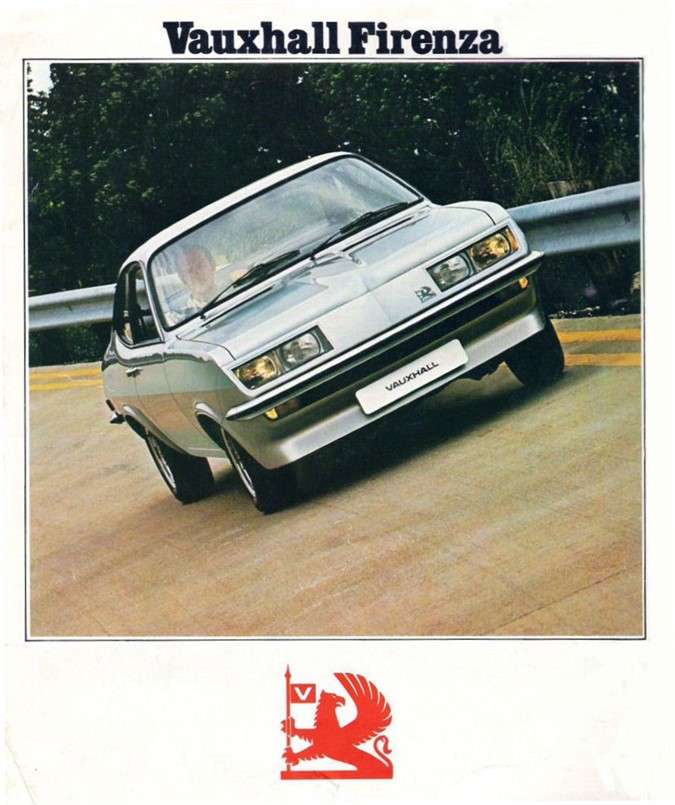