Or, ten very individual ways to carry luggage and passengers without spending a monarch’s ransom on fuel -

There always has, and always will, be a sizeable group of car buyers who are more interested in space, the level of standard equipment and the ease of maintenance than fashion or dynamic ability. Add to that the fact that when British Lada imports commenced in 1974, the Fiat 124 derived coachwork did not look especially dated and you have a straightforward value-for-money estate car.

The message of this PR shot is obvious – only those dressed in the most cutting edged fashions could hope to fit into the world of the 66 Estate. To fair, the combination of the three-door boy, the 66 running gear and the higher-tuned Marathon engine was a very agreeable one - and that is before we even mention the CVT transmission.

In its heyday, the 304 always seemed to be a compact estate of a sophisticated image. Perhaps it was the Pininfarina styling as the Peugeot looked genuinely ‘chic', and the lines of the very rare survivors arguably date better than many of its contemporaries. In short - the ideal car for imagining yourself at the Sacha Distel of Gosport en route to the local Wavy Line store.

Well, as the saying goes -  when did you last see one? What looked awkward in the context of 1970s motoring now appears to be a bold design, and by the time BL introduced the second generation Allegro in 1975 they had made several alterations to the suspension and braking. And if you were going all-out, why not place an order for the 1500 with its ‘wall-to-wall deep pile carpet' and seats with ‘velour facing'?

The Avenger was an unusual British estate in its market sector in that it boasted five doors, a feature lacking on the equivalent Escort, Viva, Allegro and Chevette. It also comes as quite a surprise to be reminded that a) UK production ceased as recently as 1981, well into the Talbot-badged era, and b) that the dipping rear-view mirror and reversing lights of the GL were seen as worthy of mention in the brochure!

Samples’ case on the passenger seat. Harry Fenton jacket hanging from the rear grab handle. Travel sweets in the glove box. The MW/LW Radio playing Ian Dury & The Blockheads. You are now ready for that vital sales meeting and what company buyer would fail to be impressed when he (it would have probably been a “he” at that time) saw your set of company wheels – a Ford Escort GL Mk. II Estate with a cigar lighter as standard.

We are not sure why that gentleman with the “Den Hegarty in Darts” haircut is staring at the thatched roof with such concern – maybe the sight of the Chevette estate is so stunning that he has to avert his eyes. In fairness, the Vauxhall was a best-seller car as it demonstrated that practicality need not rule out enjoyable motoring. Even if the Vynide trim did become extremely warm in summer…

In late 1969, the Mini estates gained the Clubman’s nose, fascia and winding windows, remaining in production until 1982. My favourite versions are the pre-1976 models with their plastic “wood” exterior trim for the simple reason that they always remind me of 1970s sit-coms where the boss suddenly arrives for dinner. With hilarious consequences.

It is easy to understand why the GS became Car of The Year 1971 for, as with all great Citroens, it does not indulge in convention for its own sake. The estate version was versatile, comfortable and, best of all, highly enjoyable. Perhaps its main problem was that after experiencing one, so many of its competitors appeared anti-climatic by comparison.

Three rows of seats, a steering column gear change and, on the 1972 models, a heated driver’s seat – it could only be the Saab 95. If your priorities at that time revolved around vinyl roofs, Ro-Style wheels and growing a pair of Alvin Stardust-style sideburns, this was not the car for you. But if you appreciated the integrity of design and engineering, then you would indeed ‘Go Swift, Go Safe, Go Saab'. 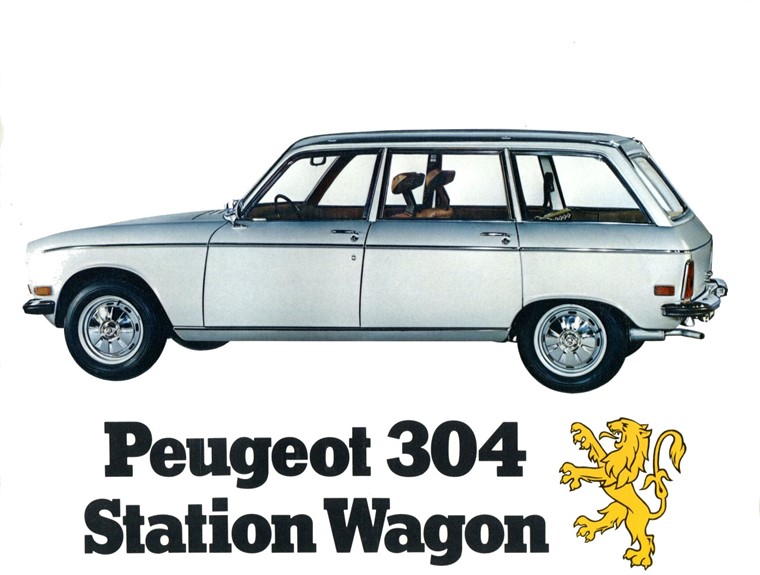