As any MG enthusiast will tell you, the Octagon badge is as much associated with fine saloons as it is sports cars, and so here is a quintet of FWD models from the 1960s to the 1980s that each made quite an impact on their debut. I would not dare to pick a favourite – and besides that would be Mission Impossible with such a line-up:

1962 MG 1100
Take one of the most advanced - ground-breaking in fact- family saloons of the post-war era and apply an MG grille, enhanced power and a wood veneered dashboard. Add leather trim (£13 15s) and two-tone paint (£15 12s 1d) and you have compact four-door transport that, anticipated the FWD ‘hot hatchbacks’ of the next decade. Of course you had to take care when driving through remote rural areas, as people might wave pitchforks at you on sighting a transverse engine but this was an accepted risk of being an automotive pioneer. 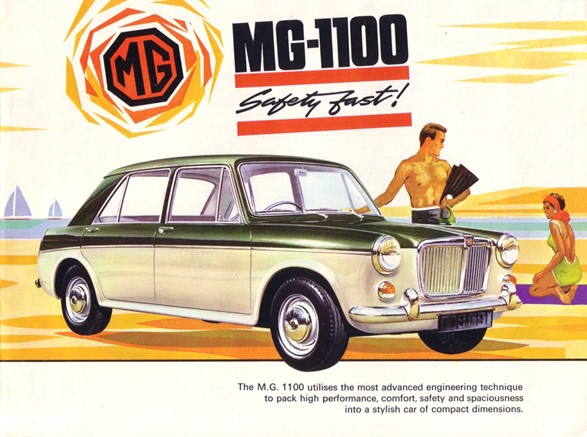 1968 MG 1300 Mk. II
The ADO16 range is one of great complexity and so the MG 1300 Mk. II is best described as a combination of the two-door body (which initially was for export only on the 1100) and the 1.3 litre A-series engine   in 70 bhp guise. Inside, the fascia boasted circular dials and a leather covered steering wheel and for £925 11s 8d any Cooper or Cooper S owner who now required more space had the ideal car. Autocar thought that ‘It was refined and gentlemanly and will serve equally well the enthusiastic driver and his not-so-enthusiastic wife’ - which both conjures images of Sid James and Hattie Jacques and is a reminder that 1968 was another world. 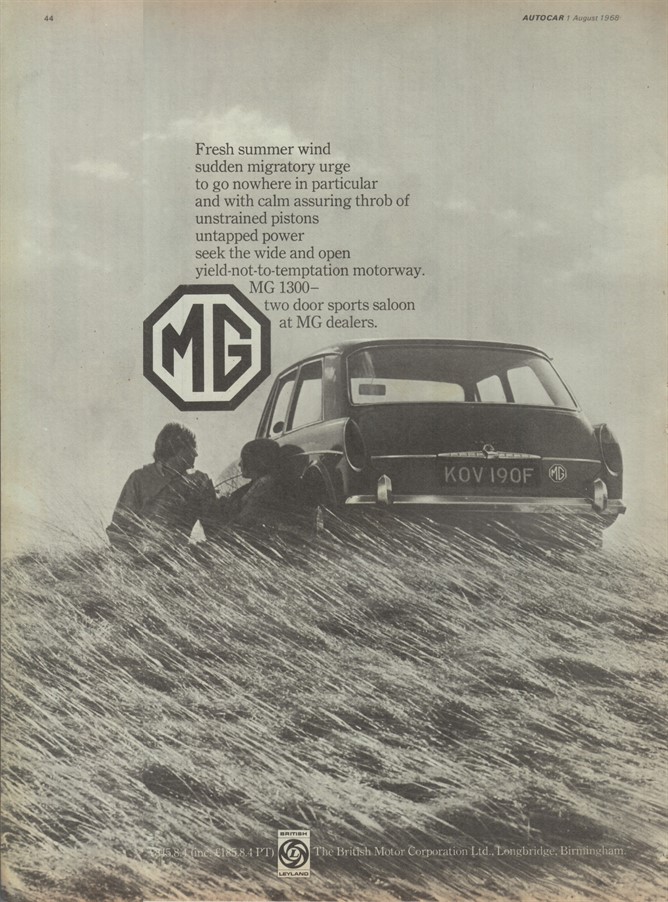 1982 MG Metro
It is difficult to convey the interest – indeed the excitement and controversy – surrounding the MG Metro’s launch back in May 1982. The Abingdon factory had closed its doors in 1980 and so the frankly jaunty-looking hatchback spearheaded a re-launch of the Octagon badge. And if the red seat belts, seats upholstered in herringbone tweed, alloy wheels and top speed of over 100 mph and were not enough, six months later there came the Metro Turbo. Lotus assisted with the engineering work and when a Garrett T3 turbocharger was applied to the 1.3 litre A+ power plant the result was 112 mph. Yes, the Metro Turbo should have been equipped with five-speed transmission from the outset but as a symbol of revived corporate pride for the BL empire, it had few equals. 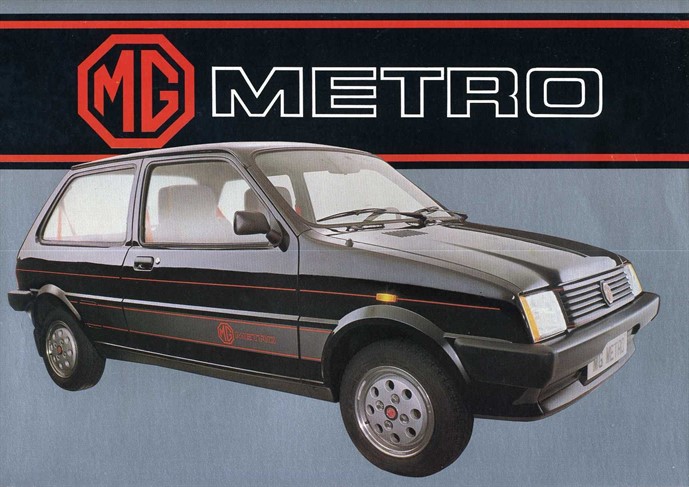 1983 MG Maestro
34 years ago, there was one particular aspect of the MG Maestro that fascinated all who encountered one. It was not the fact that it was the product of “Computer Aided Design and Manufacture” or under the bonnet was a 1.6 litre engine with twin Weber carburettors. No, what really intrigued so many drivers about the latest offering from British Leyland’s Austin-Rover division was that it talked. The MG and Vanden Plas versions of the Maestro were equipped with an electronic voice synthesis system and on the British market versions, the voice of Nicolette McKenzie would issue orders order you to ‘fasten seat belts’. The subsequent EFI and 128 mph Turbo may have been more potent sports saloons but little could match the impact of an MG that spoke in the tones of a 1950s headmistress issuing extra geometry homework. 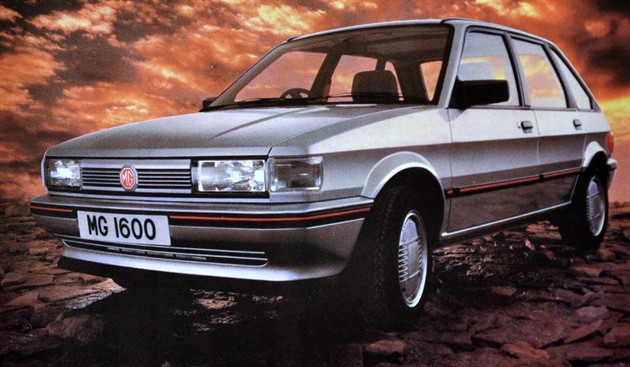 1984 MG Montego
When the MG Montego made its bow, many ‘business executives’, ‘area sales managers’ and other types who might otherwise thought the Vauxhall Cavalier SR the epitome of good living decided to pay a visit to an Austin-Rover dealer. The styling was sober rather than inspired but there was a top speed of 115 mph and the piping on the seats perfectly matched your new set of braces. The Montego range replaced the Morris Ital and by 1984 the latter did not look so much dated as archaic. The new MG’s Lucas L-type electronic fuel injection, digital instrumentation and electric front windows were positively Star Wars by comparison.  And, as with the early MG Maestro, Ms. McKenzie was on hand to issue her stern commands. 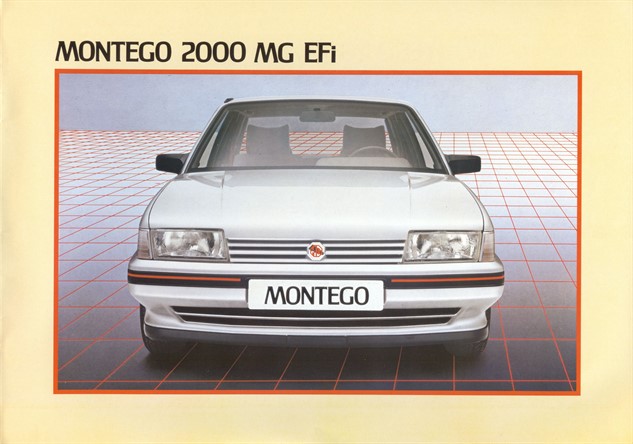