Organisers of the Lancaster Insurance Classic and Supercars Show are thrilled to have been chosen as the venue for a recently-completed ‘Meteor Special’ to be shown for the very first time. 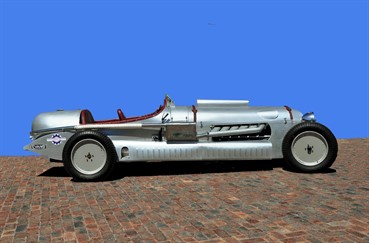 Taking over ten years to painstakingly create by owner John Crowhurst in Cape Town and the UK, the car features a 27 litre Meteor engine from a Centurion tank which had been sent to South Africa in 1952. John’s vision was to create a design which embodied the best features of 1930s speed record breaking cars. The car has five radiators, two gearboxes, a central driving position and a rear bench seat for two passengers. 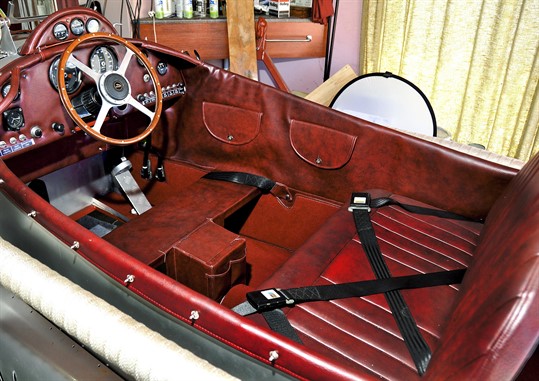 John said: “For a car of this type almost everything has to be designed and bespoke as very little can be bought off the shelf. It’s now driveable but needs some improvements before the show, including to the silencers, so we can release the Spitfire roar of the engine! I’m also searching for a track to test the various systems.”

Andrew Evanson, Senior Operations Manager at Lancaster Insurance, commented: “We’re beyond excited to see this one-of-a-kind beast debut at the show! It’s a truly inspirational build and completely captures the glamour and beauty of the golden age of motorsport.”

This prestigious charity event, taking place on Sunday 15th July, is now in its 15th year and regarded as one of the premier classic and supercar shows in the South of England. More than 2,000 vehicles will be exhibited including vintage, classic, rally, race, supercars, American, custom and hot rods. There will be over 150 trade, craft and autojumble stands plus a Charterhouse car auction, live music in the catering village, amusements for children and beautiful picnic places.

The show supports national and local charities, including Cancer Research UK, and has raised £130,000 over the past four years. For more information about the show visit www.classic-supercars.co.uk or emailclassicandsupercars@gmail.com.