WHAT WAS THE GREATEST EVER BRITISH MOTOR SHOW?

What was the greatest ever Motor Show to be held in the UK? Well, apart from the Lancaster Insurance Classic Motor Show, of course, I am willing to wager that almost everyone will have their own strongly-held views. My own memories of the NEC in 1980 were of the crowd around the displays of the Austin Mini Metro and the Ford Escort Mk. III and you might encounter now middle-aged enthusiasts who can still remember their sense of amazement when they encountered the new Sierra.

But perhaps the show that I would most like to have attended dates from the Earls Court era and took place in the same year that Juke Box Jury was first aired on BBC Television and Adam Faith posed the question What Do You Want? In terms of British cars alone, 1959 was a year to remember as it saw the debut of the Morris Mini-Minor/Austin Seven - https://www.youtube.com/watch?v=cgn4HWy506w - the Ford Anglia 105E and  the Triumph Herald - plus the Daimlers SP250 ‘Dart’ and Majestic-Major, the Sunbeam Alpine,  the Austin-Healey 3000, the Jaguar Mk. 2, the AC Greyhound,  the Rolls-Royce Phantom V and the Austin A99 Westminster/Wolseley 6-99/Princess 3-Litre ‘Big Farinas’.

For those show-goers who could afford the swingeing import duties, there were the Fiat 1800, the Mercedes-Benz 220 ‘Fintail’ and the Borgward P100 while the US ‘Big Three’ offered a new generation of ‘compacts’ in the forms of the Valiant, Falcon and Corvair. The Moskvich M- 407 and the mighty GAZ Volga M21 (‘a fully modern car in the best sense of the word’) hailed from the former Soviet Union and the last-named has long been one of my favourite machines. On the Citroen stand, motorists with £674 to spare were tempted by the Slough-built Bijou; aka a 2CV with GRP two-door coachwork designed by Peter Kirwan-Taylor of Lotus Elite fame that was ‘unique in every way’ and ‘the baby gem of the year’.

58 years ago, one phrase often uttered by car owners was ‘motorway age’; the Preston By-Pass had been in operation for less than 12 months and the first stage of the M1 opened on 2nd November. To cope with this new and exciting era of driving, you might opt for the 105E (‘The World’s Most Exciting Light Car’) or perhaps your credit would extend to the latest 3.8 litre Jaguar Mk.2 which offered ‘a degree of performance and luxury that is synonymous with a Company whose standards are acknowledged to be among the highest in the world’. The latest Aston Martin DB4 GT would probably have been one of the best-suited cars to a speed limit free road as its top speed was in the region of 151 mph.

If I had to make the nearly impossible decision to select my own car of the 1959 Earls Court show it would have to be the Wolseley 6-99; partially because the brochures so proudly proclaimed, it as the finest car to bear the famous grille but largely due to its subsequent B-picture stardom in the Edgar Wallace and Scales of Justice films. And as to the aspect of the event that truly dates it more than the exhibits themselves or the clothes of the spectators, it is the ‘Miss Motor Show’ competition. The lucky winner received a Lambretta scooter plus outfit, a rose bowl, 1,000 miles worth of National Benzole fuel, a Smith’s watch, a Sklar swimsuit and even a Rootes travelling rug. Absolute decadence. 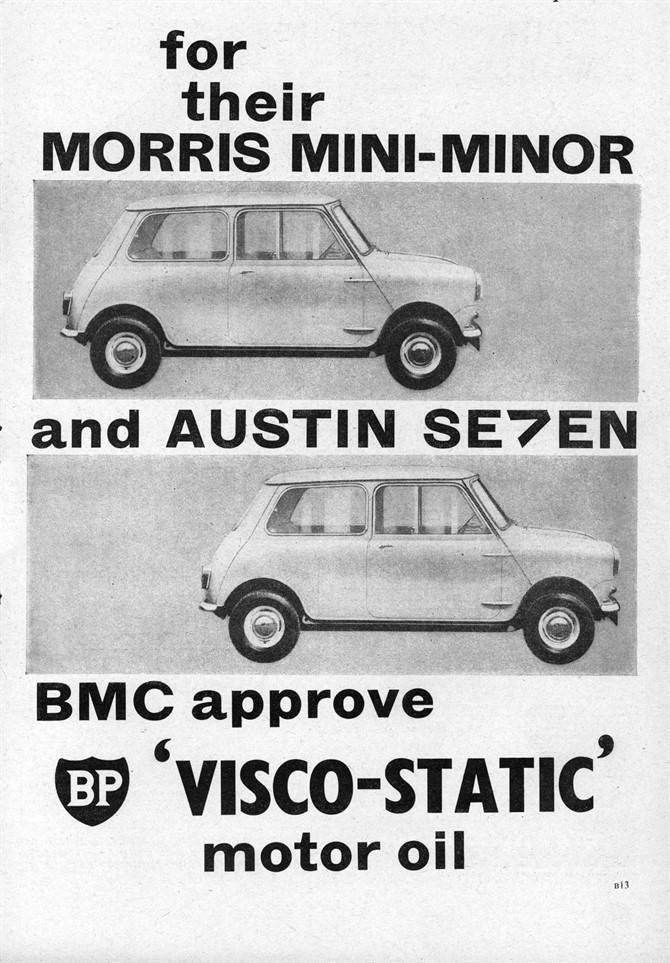