Luggage space, low fuel bills and that essential classic appeal – that is what each of these very desirable light estate cars can offer the potential owner: 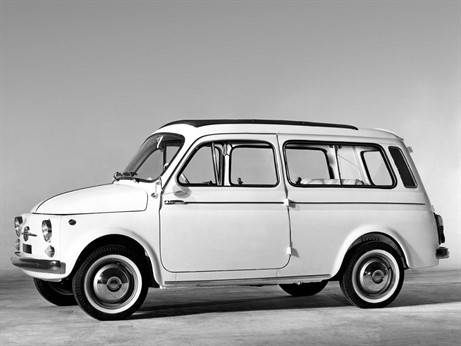 Back in 1961, the Ami 6 saloon has a fair claim to being one of the most distinctive models of its generation -https://www.youtube.com/watch?v=E8s1a7su4M4 - and when the estate version debuted three years later, it only enhanced the appeal of what was to become France’s best-selling car. On the other side of the Channel, the Citroen that its own stylist referred to as looking as ‘if it had already run over three pedestrians’ was available only to special order in the UK. Fifty years ago a new Break with the deluxe “Confort” trim level cost £698 13s 2d; £155 more than a Renault 4. But then no small station wagon of that era had quite the same ineffable blend of comfort, versatility and sheer style.

One of the most ingenious compact estates ever built, the Giardiniera can accommodate four (although the back seat passengers do need to be fairly short) with a fabric roof that extends over the load bay. This feature was so that the 500 could carry a ladder for in its homeland the Fiat was regarded as a dual-purpose family/working vehicle -  https://www.youtube.com/watch?v=Hs7i0pby9Dg. One major challenge for Turin was achieving a reasonable load bay, and so the engine was turned on its side with air intakes in the “C-Pillars”. And unlike the later 500 saloons, the Giardiniera retained its rear-hinged side doors to the end of production.

In September 1960, there would have been comparatively few motorists in the UK who would have encountered a front wheel drive car, let alone one in estate guise. Of course, there was the Slough-assembled Citroen ID Safari, but that was for well-heeled drivers while the Issigonis masterpiece was aimed squarely at the mass-market. Unlike the Minor Traveller, the Mini’s exterior timber was purely decorative, but it served a valuable marketing function by reassuring potential customers that here was an eminently respectable vehicle for all of its technical innovations. From April 1961 BMC offered an all-steel version, yet this somehow lacked the appeal of the wood-framed models. The Countryman (Austin) and the Traveller (Morris) were Minis that were equally at home at a gymkhana and being loaded with groceries in a Ladybird book style shopping parade.

The familiar Coke Bottle shaped Escort Mk. I made its debut in early 1968, but many drivers were already familiar with the model name. Thirteen years earlier Dagenham proudly announced the introduction of exciting new station wagon derivatives of the Anglia and Prefect 100E – the Escort and the Squire. The former was the entry-level version with equipment levels on a par with a deserted warehouse, although this did not prevent the host of this sales film from becoming positively enthused. Indeed, when we come to a demonstration of the horizontally-divided tailgates the chap nearly drops his pipe; such is the impact of ‘handier, safer loading’. The Squire ceased production in 1959, the original Escort two years later and both convey 100% charm.