Any Citroen CX, be it a long wheelbase Prestige, the eight-seater Familiale or the diesel engine Turbo-D, always manages to effortlessly convey an almost indefinable sense of elegance. This is a car that glides above the everyday cares and such mundane duties as visiting Halfords. The challenge of succeeding the DS was regarded as insurmountable but when the CX debuted in 1974 at the Paris Salon it would not be an exaggeration to say that the styling by Robert Opron caused a sensation. ‘Surely one of the most beautiful production cars of all time’, contended Motor magazine and it came as little surprise that the CX was voted ‘Car of the Year’ for 1975. I also have vivid memories of ladies in my local (albeit not in The League of Gentlemen sense) village being amazed at not just the sheer presence of a neighbour’s 2200 Super but its electric front windows.

From a 2018 perspective, one of the many fascinations of the Citroen that ‘advances the art and craft of the automobile’ are that after a period of more than four decades the coachwork barely dates. As Car noted when they compared a CX 2000 with a BMW 518 and the often-underrated Wolseley 2200 “Wedge” ‘it is one of the very cars that belong as much to the future as it does to 1975’. Neil Osborn, the owner of the 1979 model that appeared on the Pride of Ownership stand at the Lancaster Insurance Classic Motor Show, perceptively observes that ‘it was so far ahead of its time that the styling still looks modern compared to other cars on the road’.

The Osborn CX is a chrome bumper GTi, the high-performance version fitted with a 2.4 litre Bosch's L-Jetronic engine which made its bow in May 1977. A few months later Autocar concluded that ‘In a world where convention and standardization have been imposed on practically everything we use, the GTi comes as a great gust of fresh air to blow away the cobwebs’. Ironically, when Neil came across his Citroen around a year ago it had been resting in a barn since the 1990s and the state of its repair may be judged by the fact that there was a dead mouse underneath the windshield wiper. The GTi’s condition today is a testament to the painstaking efforts of its owner – a gleaming 38-year old CX with a mere 51,000 miles on the clock. It has even been reunited with its original owner, an experience that once again demonstrated that it is impossible to over-value the stories and emotions invested in any classic car.

Production of the saloon ceased in 1989 and the estate two years later. In 1992 the late great L J K Setright bracketed the CX with the GS and the SM in terms of ‘the thinking man’s car – and together they demonstrated that there were not many customers who qualified’. Personally, I think it was that Autocar test from forty years ago that encapsulated the appeal of not just the GTi but the entire range – ‘There can be little doubt that, as always, you either get on with the Citroën way of life, or you do not; there is no half-way house’. An uncompromising form of classic – that is the CX. 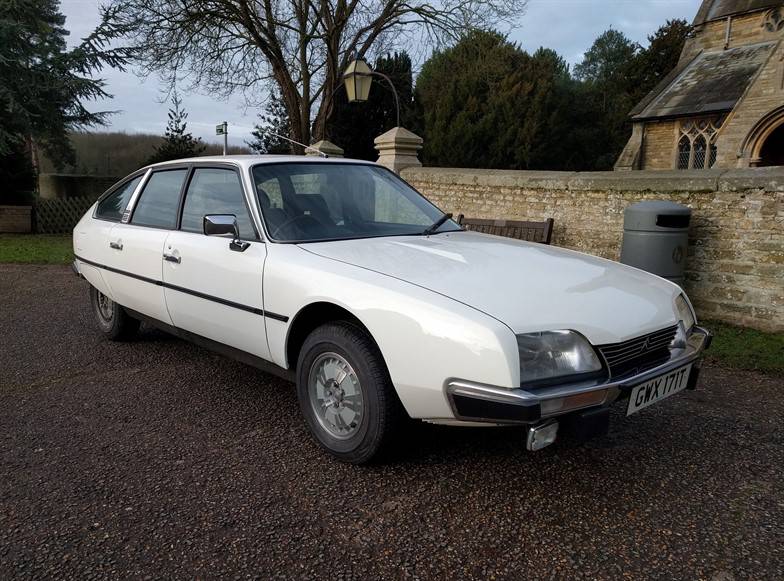