If you asked a classic enthusiast to name some popular cars that remained in production for more than two decades, he/she would probably start with the Morris Minor, the Citroën 2CV or the Renault 4. All these fine vehicles will be covered in separate blogs later this year, but here is a quintet of sometimes overlooked models:

At first glance, it may seem paradoxical to write about the Fiat 124 as a vehicle that was Built to Last, not least because you hardly see any examples on the road in Italy, let alone in the UK. Turin’s famous/notorious use of USSR-sourced steel is one reason for the declining numbers of the Car of The Year 1967 and another is that mass-produced family saloons are often treated as disposal consumer goods. Their survival rate is also not assisted by driving techniques such as these. (See Video Below)

But then you start to think of a) just how many countries made their own version of the 124 – South Korea, Turkey, India, Spain, Egypt and the former Soviet Union and b) the fact that a car that was a contemporary of the Ford Cortina Mk. II (and launched in the same year that the Beatles recorded Revolver) was in production well into the 21st century.

The Hunter also made its bow in 1966 (See Video Below) and when British market sales of the Chrysler-badged model finally ceased in 1979 it looked like an aimable relic of a previous generation; imagine Wayne Fontana and The Mindbenders making a surprise appearance on Top of The Pops alongside Ian Dury and The Blockheads and you will have a reasonable idea of just how amazed some motorists were on seeing a T-registered Hunter.

But, as many readers will know, the Hillman was assembled, and subsequently manufactured, in Iran as the Paykan until 2005. Today, it’s successor is the Peugeot 405 which ended its ten-year run in France back in 1997 but remains in production in Tehran. http://www.ikco.ir/en/Product.aspx?ID=43&Section=1&Series=Peugeot+405

Aka The “Sit Up & Beg” Fords, launched 80 years ago as “The Eight” and ceasing production in 1959 as the Popular 103E. By that time a car with an extensive list of extras – a heater, passenger windscreen wiper, indictors, a boot floor – and pre-war styling tropes looked startlingly dated but Dagenham was proud to offer the cheapest four-wheel saloon in Britain. It may not have been the most up-to-the-minute transport, it may have barely been capable of reaching 60 mph – but it was reliable, practical and easy to maintain. And that is why Ford sold 155,340 Populars.

Badged as the Yugo for British market, and essentially the 1969 Fiat 128 built in the former Yugoslavia. Anyone who can recall the 1980s may well remember brightly coloured 311s sputtering around outer suburbia, but it still comes as a surprise to read that the Skala only ended its 37-year run in 2008.

Surely, the reader might be saying at this point, there is no way that the Mini could be ‘overlooked’ in any way shape or form? After all, it is a rare example of a true design icon. However, our familiarity with the Issigonis design sometimes makes us overlook just how many cars it outlasted during its 21-year production run. When the final examples left the factory on the 4th October, it had already outlived the Metro, the Maestro, the Montego, the Ford Escort Mk. V and the Vauxhall Cavalier Mk. III, to name just a few more recent designs. Most importantly, the Mini’s impact on motoring, and the way in which we perceive the shape and form of a car, is ongoing – a legacy that is built to last… 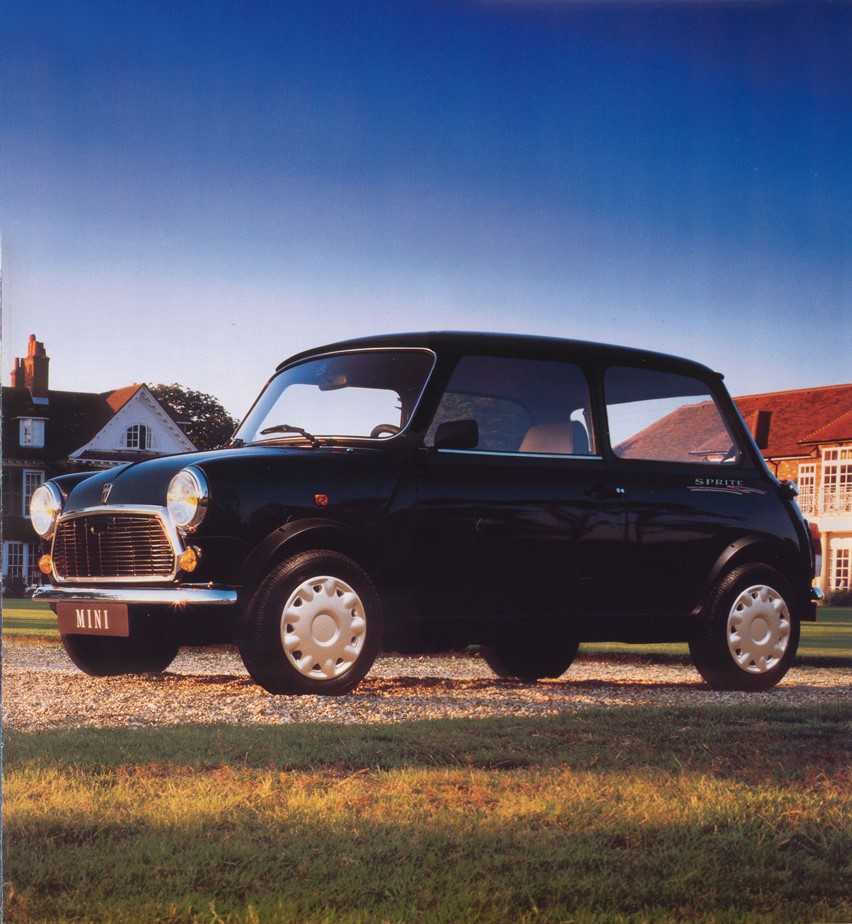