As Father’s Day has just passed, I would like to celebrate the Talbot-Matra Mureena – a fine motor car and the latest in an extensive line of my own father’s ‘projects’.

There was the two-stroke Saab that decided to engage the freewheel just when we were overtaking a bus, the Morris Minor 1000 Traveller that I was convinced was held together with blu tack and the Triumph TR4A, the first car that I recall being cranked with the starting handle.

The Mureena has been ‘in restoration’ for approximately three decades but it will return to the road any moment now.

And that will be worth celebrating, not just because of the return of glory of a very rare classic but because the Talbot-Matra is a highly intriguing vehicle. It may use components from its more familiar stablemates – power was from either the 1.6 litre Simca or 2.2 litre Tagora SOHC engine – but the three-seater layout, was virtually unique in its price-bracket.

To the right of the driver were two narrower passenger seats; the centre one could be folded to double as a picnic tray. It was a clever use of space, even if headroom was moderately restricted. But momentary discomfort was a small price to pay for creating almost as much of a stir in 1980s as pointing out Benny Hill walking towards the Bedford Place Co-Op.

When the Mureena made its debut in September 1980 at the Paris Moto Show, its drag co-efficient of 0.328, was then the lowest in the world for a mass production mid-engine production car. Its predecessor, the Bagheera had earned the reputation of apparently being able to rust apparently at will but the new Talbot-Matra came with a galvanised chassis.

Most importantly, a prospective owner could gain a Lamborghini/Maserati mystique on a Porsche 924 budget. However, in the UK the Mureena suffered from heavy import duties, the fact that faster cars were available for the same money and a lack of RHD - it was not made in sufficient volume for PSA to consider the viability of a steering conversion.

In 1981 the famous motoring writer L J K Setright referred to 'Mureena the Marvellous' in a Car magazine test. He further wrote that the Talbot-Matra ranked ‘better than the basic Porsche 924, every bit as good as the Lancia Monte Carlo, and losing only in sheer agility to the Fiat X1/9, while it shows up the Porsche 911 as ill-balanced and inept’.

What the Talbot-Matra really craved, as several commentators observed, was more power but although dealers could offer you the 142bhp “Préparation 142" kit, the Mureena was a car that merited further development. Unfortunately, corporate politics meant that it was never powered by the Peugeot 604’s V6 engine and nor did the high performance “4S” version enter production.

When the partnership between PSA and Matra ended and the engineering concern embarked on developing the Espace for Renault, Mureena production ceases in 1984 after just 10,680 units.

This of course means that the paternal Talbot-Matra will be one of the rarest cars on the road when its period of hibernation finally ends – we will keep you posted as to its progress. Meanwhile, there are new project cars to consider, such as an Austin 1800 “Landcrab”… 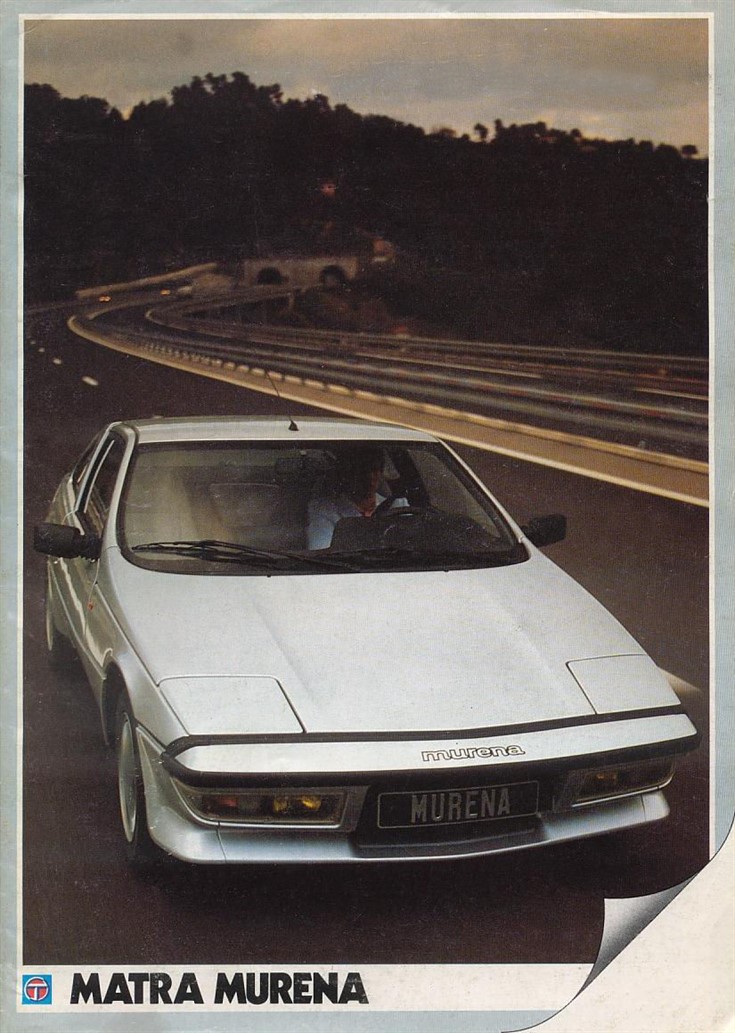