This 1955-vintage photograph of North Woolwich, with the trolley buses and side valve Fords baking in the sun, put me in mind of so many past Bank Holiday journeys. And as we head to the first May Bank Holiday, here are seven vacation memories -

7) Insecure Roof Racks. While I am not suggesting that luggage would fly off a la the Ford Consul Mk. II in Carry On Camping, it was not common to see Vauxhall Vivas or Triumph Heralds that resembled a mobile Leaning Tower of Pisa.

6) Boiling Radiators. It would not be a proper Bank holiday outing without seeing at least one stricken Hillman Minx or Morris Marina at the roadside, steam billowing from its opened bonnet, and the owner wondering in which direction was the nearest AA or RAC telephone box.

5) The Queues. In the days before Sat Navs, a holiday journey would require days of careful planning, with an extensive perusal of Ordnance Survey maps for detours from the inevitably traffic-clogged major routes. What then usually happened was after setting off at four in the morning, you discovered that a housing estate had very recently been constructed virtually in the middle of that useful-looking minor road.

4) Melting Food. Forgetting about that Double Decker or 8oz slab of Cadbury’s Dairy Milk in the glove compartment was always a bad idea, as was not remembering those impulse purchase Cornettos now melting all over the front parcel shelf. Assuming your car was fitted with a cigarette lighter – although even 35 years ago this was not guaranteed – there was the chance to install an aftermarket 12-volt refrigerator but these did tend to drain the battery.

3) Dubious Roadside Dining. Younger readers may find this hard to believe, but for many years a Little Chef or Happy Eater were regarded as haute cuisine in comparison with much of the fare that was on offer. Just think of the canteen kitchen in the 1971 film of On the Buses or the transport café in the big screen George and Mildred and you will have a reasonably accurate idea of the culinary delights that were frequently on offer well into the 1980s.

2) The Heat. It is easy to forget a) how poorly ventilated many cars were and b) how air conditioning fitted as standard to an average family saloon is a relatively recent development. By the late 1970s it might be included in the price of an expensive mass produced European car such as a Volvo 264 but at that time a bottom of the range Ford Fiesta even lacked fresh air vents. There is also the fact that vinyl upholstery was also used on cheaper models into the 1980s, which further added to the joys of driving in August.

1) In Car Entertainment. If your Cortina or Avenger lacked a radio, the entertainment quite often took the form of a Greek Chorus from the younger back seat occupants – ‘I’m bored’ or ‘Are we nearly there yet?’  - the latter was usually heard when approximately one mile from home. If there was an in-car wireless set, the odds are that it would be jammed to the sort of station populated entirely by Alan Partridge sound-a-likes while the fortunate few had access to a cassette player. However, this brought its own challenges - namely a propensity to eat the tape and a fresh source of family rows as to the respective merits of The Human League versus The Best of Adam Faith. 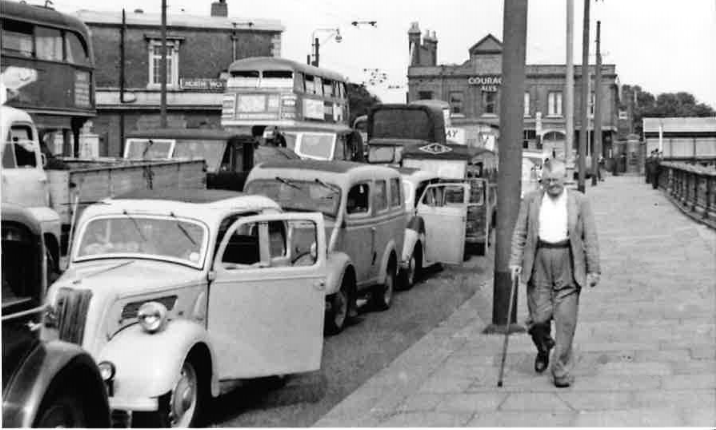