THE ONLY TRIUMPH HERALD HATCHBACK IN THE WORLD

‘Ten years on a garage floor with no wheels then twenty years in a back garden…’. Those are the succinct words of Chris Gunby, Triumph enthusiast extraordinary when he acquired the only Herald Hatchback in existence. It left the production line in 1965 as a completely standard 1200 Saloon, and it was then trailered to Italy to the design studios of Giovanni Michelotti. ‘The great man himself worked on the car as he wanted to interest Triumph’s management in the concept of a “Herald Hatchback”.

Michelotti was convinced his idea would work, but the gentlemen of Canley were equally convinced that it would not. The prototype was eventually bought by ‘a secretary who worked for Triumph’, and by 1970 it had acquired a new owner. The Herald was now in a sub-Albert Steptoe state – ‘it was sitting on four oil drums, and the owner wanted to convert it into a Vitesse – which was a not uncommon modification back in the 1970s’. One problem was that ‘the Hatchback was not intended for road use and it had not been properly sealed’.  The Triumph languished in ‘an asbestos garage with a damp floor’ before it was recused by an enthusiast circa 1980, who stored it in his back garden.

Eight years later, Chris saw an article about the Hatchback in Classic & Sports Car magazine ‘asking if the car survived and so I began searching for it’. 15 years later, he finally encountered one of the most exclusive Heralds in the world - and his challenges really began. ‘When I first saw the Triumph, I nearly trod on it; such was its condition!’

Fortunately, all the unique parts except for the roof had been removed and stored, as Michelotti’s work on the car was extensive. ‘There are two different rear side windows – one opens and the other doesn’t – and the back seat has a folding mechanism and can be moved fore & aft’.

The tailgate was also specially created for the Hatchback – ‘it is not the same as the one on the Herald Estate’ – and there was the only Herald parcel shelf in existence - now split into two. A further issue was that ‘we could initially not work out half the trim as the headlining and rubber mats were not sourced from a Triumph.  Eventually, we realised that Michelotti must have used surplus Fiat equipment’. However, the most pressing issue was ‘there was a tree growing through the roof’.

http://jigsawracingservices.com/?fbclid=IwAR2qeGV825BzL20USt1TgnR9w52uePMo0fIjqjHZUUkgf3MmFfPDIB03YCo  – who carried out the restoration work. ‘The target was to have the Hatchback ready for the Triumph Sports Six Club’s 50th Birthday celebration for the Herald.’ Regarding driving ‘it looks dramatic, but in every respect, it is the same as driving a 1200 Saloon.

Looking at the Hatchback today, it is difficult not to think that Triumph was mistaken in not putting it into production as its potential as an upmarket rival to the Austin A40 “Farina”. And it is even more difficult to imagine the Gunby Herald with a tree growing through the roof… 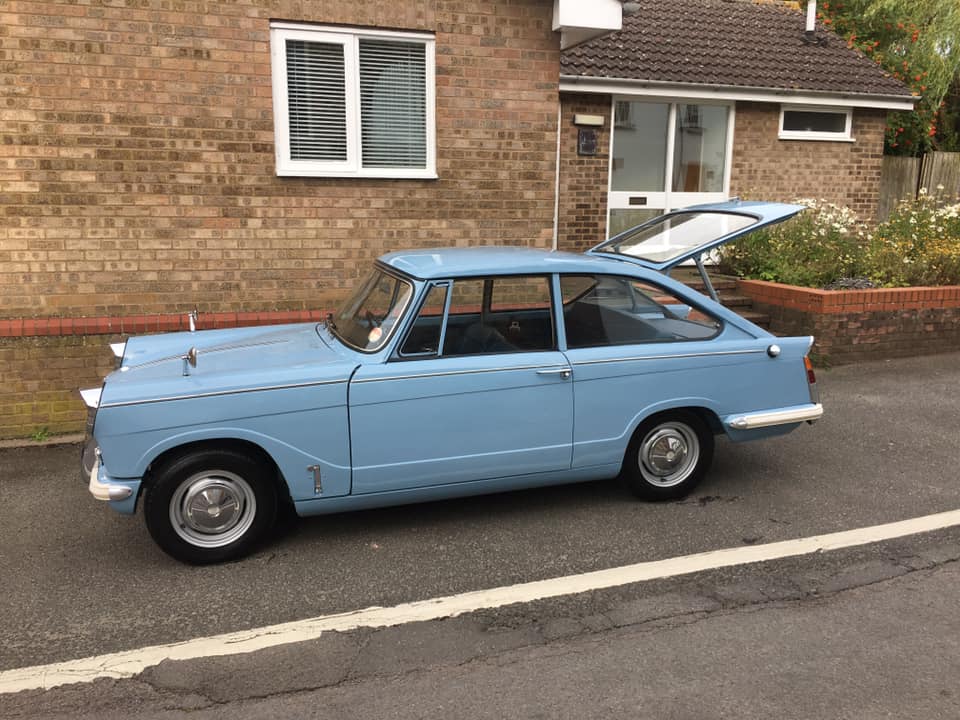 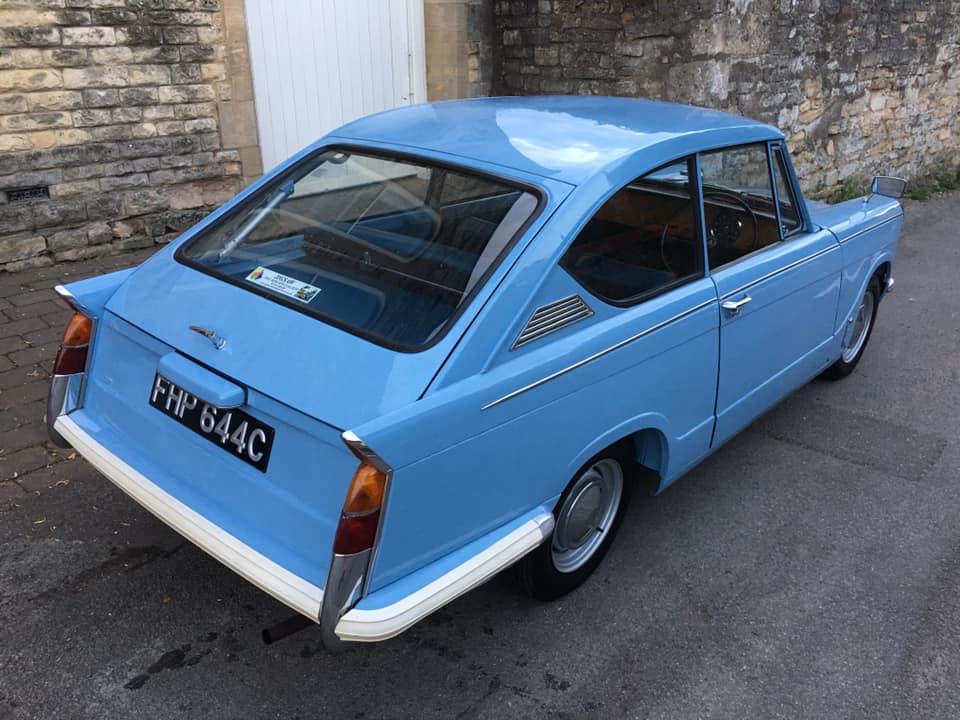