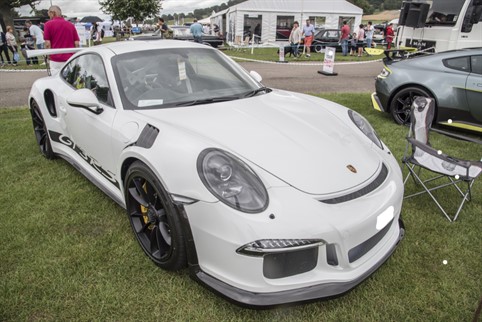 Porsches right through the ages will be celebrated at the Lancaster Insurance Classic and Supercars Show 2019 after the marque was announced as the key feature. In conjunction with Porsche Centre Bournemouth, the show will feature an historic line up of cars including race, rally and road cars from 1948 to the present day.

Taking place on Sunday 21st July, the shows’ features manager Keith McGee comments: “We have begun our search for show stopping Porsches from the early 356 series and all subsequent models. I am particularly keen to feature race and rally cars, the ultimate being the iconic 917 Le Mans winning cars. If anyone has one of these occupying their garage do please get in touch".

Andrew Evanson, Senior Operations Manager at Lancaster Insurance, comments: “Porsche is an iconic marque and one that is synonymous with class, power and beauty. The marque has an extensive history, with the 911 being one of the longest running production cars ever and I’m thrilled that the show will be celebrating its diverse range.”

The prestigious charity event is now in its 16th year and regarded as one of the premier classic and supercar shows in the South of England. More than 2,000 vehicles will be exhibited including vintage, classic, rally, race, supercars, American, custom and hot rods. There will be over 150 trade, craft and Autojumble stands plus a Charterhouse car auction, live music in the catering village, amusements for children and beautiful picnic places.

The show supports national and local charities and has raised £171,000 over the past five years. For more information about the show visit www.classic-supercars.co.uk or emailclassicandsupercars@gmail.com.