It was our penultimate rounds and it was the first time the Carbon8 Hyundai Coupe Cup has ever headed up north to Croft circuit. It was a first for most of the drivers too, myself included,  and I must say that after our first free practice session Croft quickly became one of my favourite circuits in the country. Fast and technical, it really makes you feel like a hero when you get it right.

Having a free practice session on the Saturday morning gave us the luxury of not having to learn the circuit in qualifying. With the weather staying cool and dry, it meant we could spend the whole of the qualifying session trying to sew a perfect lap together for the grid of race one. My 1’44” lap put me and the Lancaster Insurance Coupe third on the grid with Wayne Rockett second and Steve Kite on pole.

Starting from the second row in race one I managed to make a far better start than Kite and pass him before the first corner to take second place and immediately put the pressure on Rockett for the lead. Wanting to get the lead early meant pushing hard, on lap two I went in to “Sunny in” way too deep allowing Kite to come back through.

Lap three Kite took the lead from Wayne and we were back to our original starting positions. Despite the previous “moment” and being back in third place and four seconds off the lead, the car felt good and I got a groove on! Passing Wayne for second within two laps and reeling in Steve by 3/10ths of a second per lap right up to the finishing line made this an awesome race!

Starting Race two on the front row in second place, I was able to take an early lead thanks to another poor start by Steve. The pressure was on as Kite was right on my rear bumper. I felt like I’d done a good job of mastering Croft with the exception of my nemesis corner “Sunny In” where in every session of the weekend it got me.

It’s a right hander following the fast back section of the circuit and the braking zone comes up quickly and it took the lead from me on lap three allowing Kite and Rockett through. Unable to make up the time lost after this significant grassy excursion I had to settle for third place.

That said I’ll remember this weekend for a long time, the Lancaster Insurance coupe is mega to drive and Steve and Wayne as always race spot on. Congratulations to Steve on another pair of fine wins.

Next are the final rounds at Brands Hatch on November 17th. Let’s wrap up warm and reach for the top step of the podium. As always thank you Lancaster Insurance and Reis motorsport Insurance for all of your support. 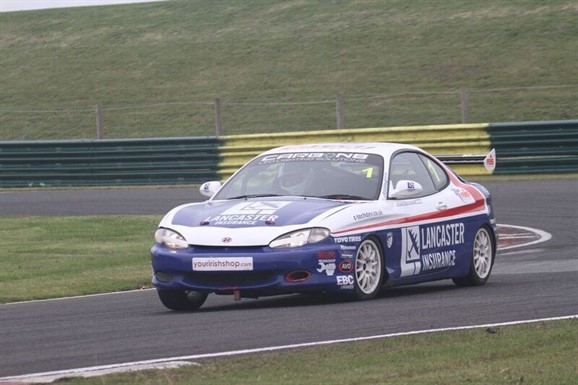 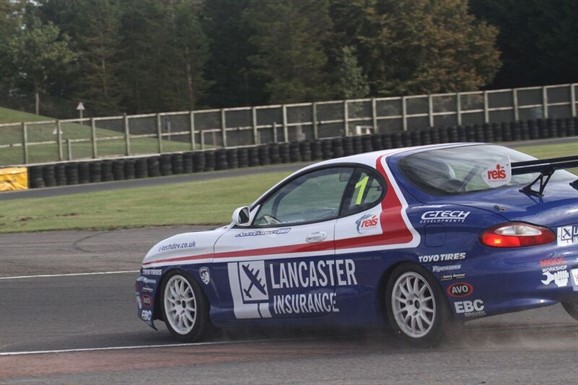