Why we love the Ford Capri 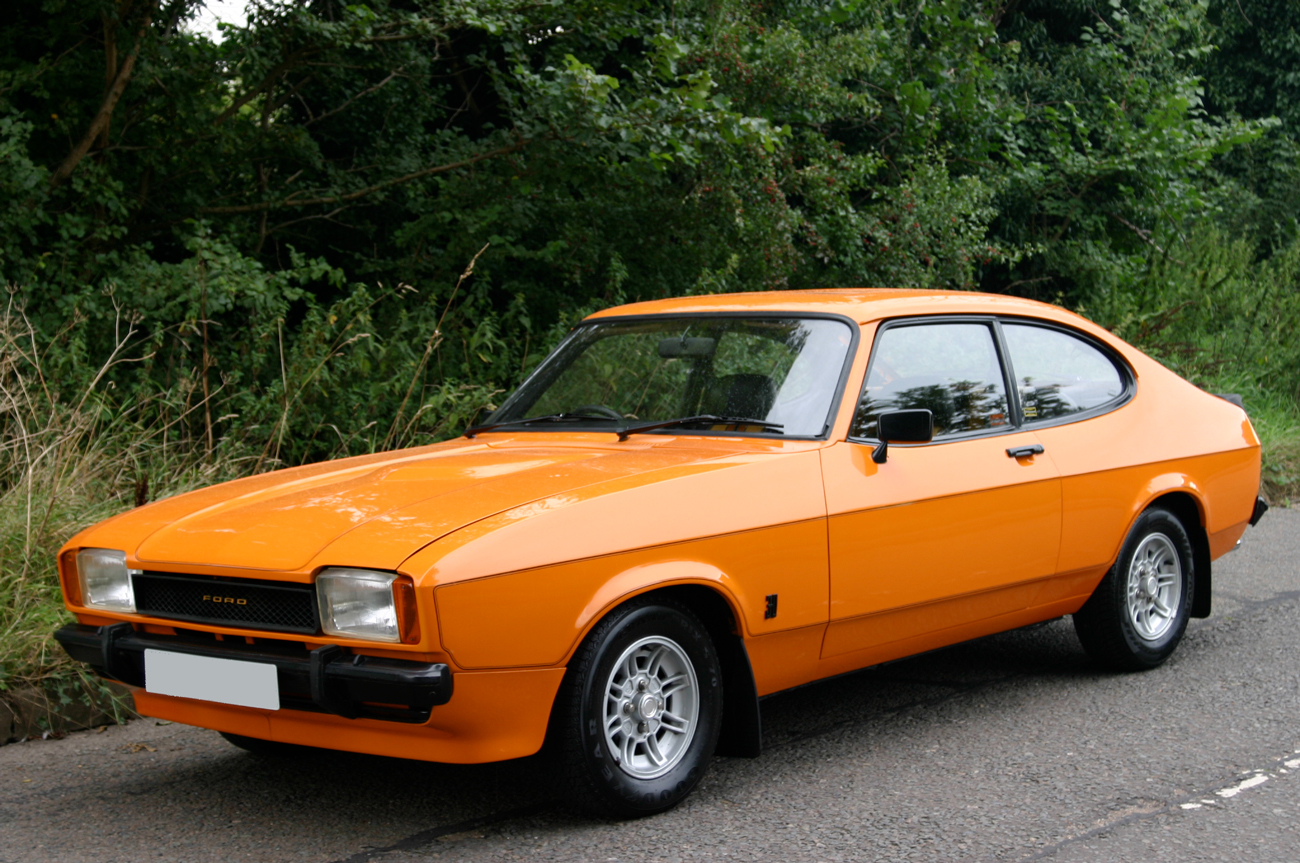 Slick, stylish yet still affordable, the Ford Capri was Great Britain’s answer to the Mustang. As it celebrates it’s 50th anniversary, the everyman’s classic still endures, boasting a loyal fan-base and an iconic vehicular and pop cultural status.

Back in the day, ‘The car you always promised yourself’ was the vehicle of choice for every aspiring James Bond (on a budget). The affordable yet sporty four-seat coupe was a game-changer in the UK’s motor industry.

Released in 1969, Ford enjoyed instant success with sporty Capri. It stunned with its sleek, swooping lines, taut tail and long bonnet – remember the fake air extractor vents proudly displayed in the rear wings? By the time it finished production in 1987, nearly 1.9 million were sold.

Whether you fancy a trip down memory lane or resisted the urge to snap one up in the 70s, a healthy Capri with a well-maintained engine is well worth the spend - cruising around today in one of these classics will turn as many heads as it did 50 years ago.

Of course, a classic car is an investment, so it’s essential to protect it with the appropriate cover. Lancaster Insurance have sourced specialist classic car insurance for decades, offering our customers bespoke packages fitted to their needs and vehicles.

We’re classic car lovers, too, so in honour of the Capri’s 50th anniversary we’ve taken a look at some the reasons this timelessly stylish ride is still loved by so many. 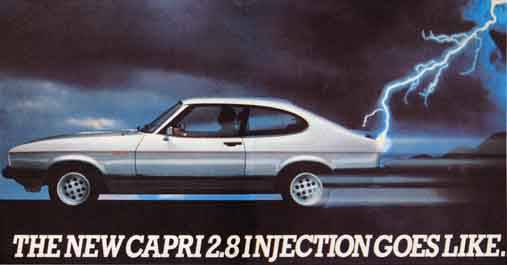 When the Capri launched, a 1.3-litre model came with the very fair price tag of £890 attached.

In late 1969, the 3000GT model was released. The combination of the feather-light Capri shell and a 2994cc 138bhp ‘Essex’ engine made for a truly ground-breaking vehicle. Why?

Because for little more than a grand, you could hit 0-60mph in under 10 seconds and boast a top speed of 120mph (not that you could ever get there but that’s not the point, is it?). At the time, there were no comparable performance cars available at such a wallet-friendly price.

Originally designed to compete in the European Tour Car Championship of 1974, the Capri RS3100 had a 3.1L V6 engine and performed like a first-class thoroughbred. The road version featured perks that enabled it to hit speeds of roughly 125mph, reaching 0-60mph in 7.3 seconds.

Auto Express states that the RS3100 ‘is now regarded as the best-performing and best handling version of the first-generation Capri’. If you’re interested in getting one of your own, you could easily shell out over £40,000 to acquire one – congratulations if you kept your original! 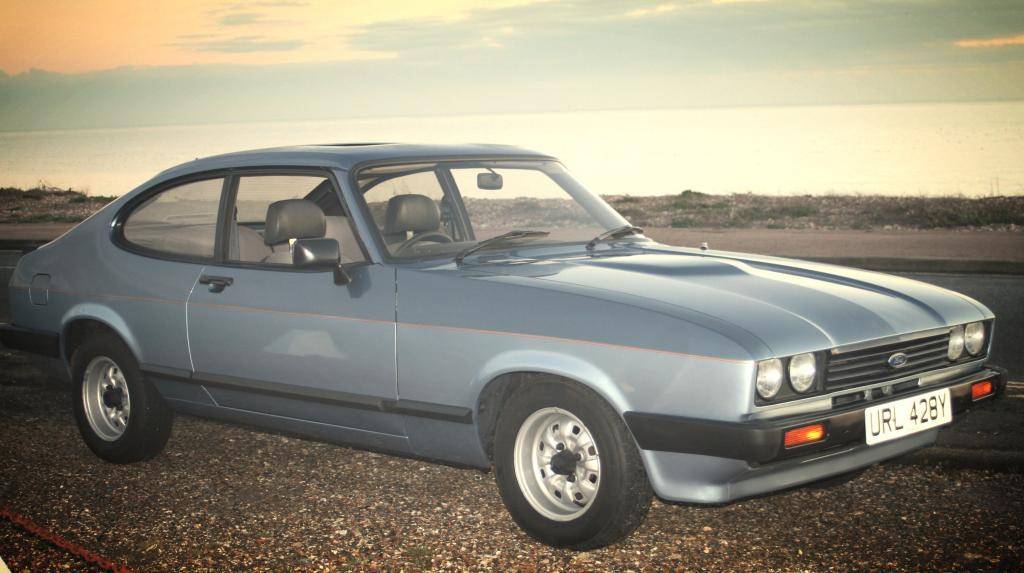 Without a doubt, the Capri’s exquisitely sleek design and stylish branding was key to its wild success. Who didn’t want a Capri after seeing those glamorous early ads in which the coupe swanned through various exotic locales?

In keeping with cool minimalism of the mod movement, Philip T Clark – an automotive designer partially responsible for the Mustang – created an eye-catching, fashionable design, making the Capri a vehicle everyone wanted to be seen in.

Jump forward to the Capri MKII: a spacious hatchback rear end and foldable rear seats were added, as well as a roomier cabin, and less lengthy nose.

Suspension was softened and enlarged disc brakes were incorporated at the front. Customers were able to opt for power-assisted steering as well as an automatic box, should they wish.

Some Capri-lovers felt the MKII was a little less on-point in the style department – the addition of larger headlights probably didn’t help.

Ford put the va-va-voom back into the Capri come 1977, staging a style comeback with the MKIII. The headlights were redesigned and fresh wings were added, alongside new bumpers, a silky black trim and an altered bonnet. Customers could also choose from a new range of paintwork and interior choices.

Star of the screen

The Ford Capri’s biggest on-screen role was possibly as Del Boy’s shabby old motor in Only Fools and Horses, the popular British sitcom.

Derek Trotter drove a rather shabby yellow model, so you might be surprised to learn his 1980 Ford Capri Ghia – or ‘pratmobile’ – would reach around £25,000 in today’s classic car market.

A silver 1978 Ford Capri MKIII also had its moment in the spotlight, acting as the vehicle of choice for Bodie, in cult 1970’s show The Professionals.

Bodie shot through West London in his Capri in pursuit of a getaway Vauxhall Ventora full of villains, further cementing the Capri’s iconic status. It sold for £55,000 at an auction in 2016.

Who could forget the Ford Capri MKII driven by character Terry McCann, Arthur Daley’s sidekick, in the famous TV series Minder? The show ran between 1979-1994 for 10 series, centring on dodgy used-car salesman Arthur Daley and his strait-laced bodyguard Terry.

Common problems to look out for 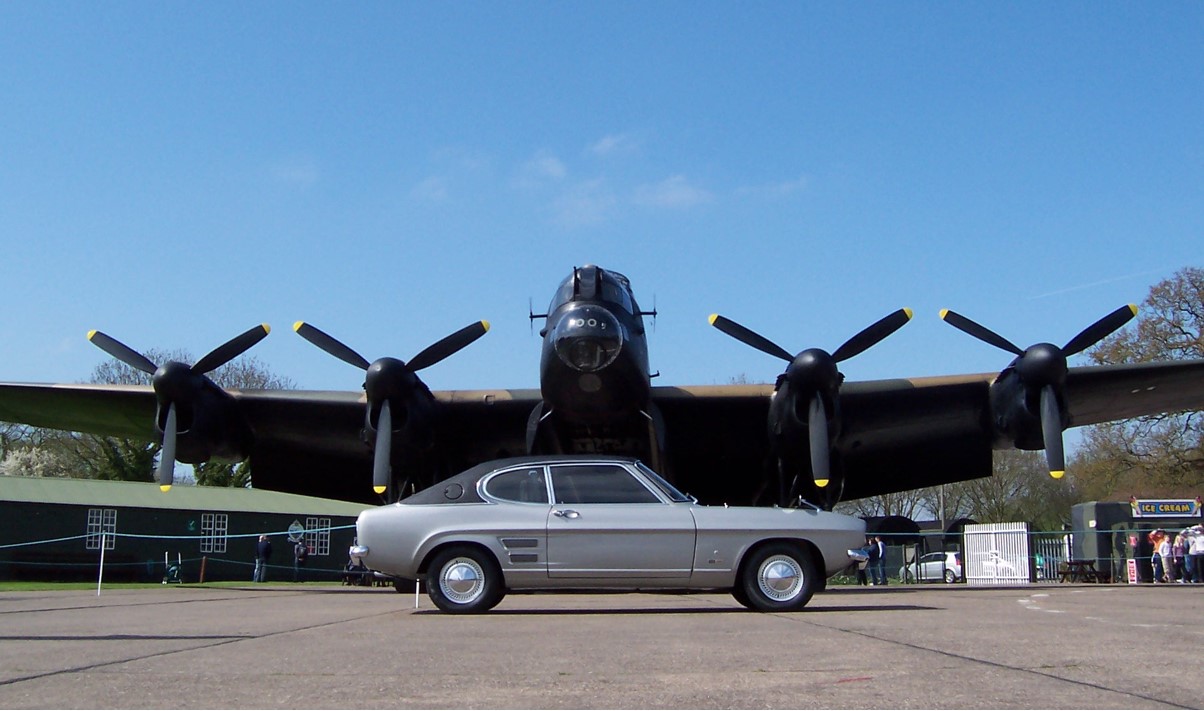 The Capri was, and still is, a cult classic – it’s no surprise it’s deemed one of the defining vehicles of the 70s. If you’re considering treating yourself to one, Classic and Sports Car suggests you look out for the following:

Get your desired model’s bodywork fully checked for any rust, as this can cause costly repair work you may not have budgeted for.

Capri engines are relatively durable, with good-quality parts. However, you should listen out for any rattling or knocks. Blue exhaust smoke and above-average oil breathing are also red flags.

You should also check the gearbox, radiator, differentials, electrics and interior for any signs of damage, or, better yet, hire a professional.

Classic cars aren’t just investment opportunities; they’re the start of a fantastic adventure and a source of treasured memories. That’s why securing specialist classic car insurance is so important.

Lancaster Insurance wants you to enjoy every moment in your prized Capri – or any classic for that matter!

We can find you classic car insurance at a competitive price, giving you the cover that is best suited to your needs.

Don’t wait – get a quote today.