Today marks the 71st anniversary of the Land-Rover and to celebrate, we have the story of a very distinctive version. Some readers who grew up in Buckinghamshire will remember the firm of Hazell, Watson and Viney and in 1964 the Aylesbury printing concern acquired a new works fire engine.

BKX 454 B is a Series IIA 109 LWB with a 2.2-litre petrol engine and it was converted by Sun Engineering Ltd. who supplied appliances to country brigade and the RAF. The L-R’s owner Adrian Fell explains that during the heyday of HWV, 16 of its staff doubled as ‘part time firemen’ - and one of them was has father Lees, who was reunited with the fire engine earlier this year.

According to James Taylor’s’ fascinating book Land Rover: 65 Years of the 4 x 4 Workhorse the Sun appliances were ‘approved’ by the factory. The concern offered clients ‘specific designs in accordance with requirements’ – telephone FELtham 6401 for further details.

The HWV appliance used the “truck cab” body with a hose reel, first aid kit and lockers in the load bay and a ladder rack while the fire pump was mounted at the rear of the vehicle. The L-R fire engine was able to accommodate a five-strong crew while clients were able to specify the size of water tank and type of r emergency warning; a bell or a new-fangled ‘twin note alarm horn’.

Adrian’s father recalls that the L-R was fitted with a 70-gallon water tank ‘and he can remember all the fittings in the back’. Mr. Fell Snr. also remembers that ‘it was a bit precarious driving it with the full 70 gallons of water!’ as this inevitably affected the handling. Fortunately, ‘driving it around Hazells was easy as it was only in first and second gears.

You had to select 4wd to engage to power take off for the water pump’.  HWV staged fire drill on the first Sunday of the month. After the printer ceased traded in 1991, the L-R seemed to have fallen into disuse, even being stored in the open. Fortunately, Adrian managed to acquire BKX 454 B earlier this year, and he describes its condition as ‘weathered’. Incredibly, there are only 3,384 miles on the clock.

Any classic emergency service vehicle is a priceless example of automotive and social history, and the Land-Rover is guaranteed to be a star of the 2019 Chiltern Hills Vintage Rally. https://www.chilternhillsrally.org.uk/.

This is always a splendid event but this year visitors will have the opportunity to see a fire appliance that was once a part of everyday life for so many people in the era. Naturally, the appliance is in need of some TLC – ‘the water pump doesn’t work. so that will be next year’s project to get that up and running’- but the bell still functions. And for those of us of a certain age, that is the all-important detail!

With Thanks To: Adrian and Lees Fell 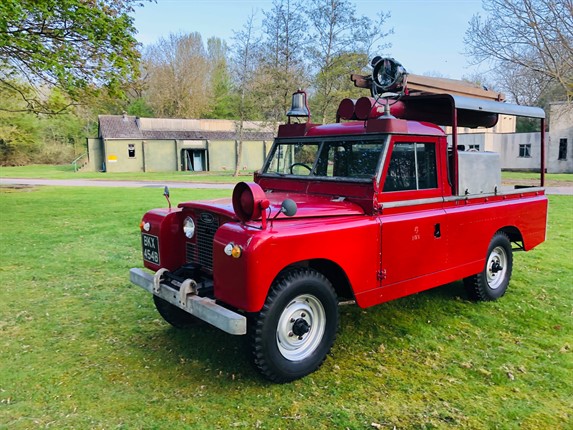 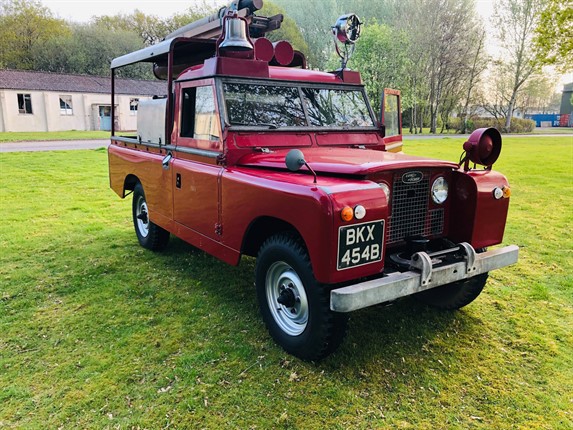