Was 1959 the year of the ultimate Motor Show?

Some readers might argue that this might be more applicable to the 1948 event; the first post-war show to be staged at Earls Court and the occasion that introduced the world to the Jaguar XK120, the Morris Minor MM, the Sunbeam-Talbot 90 and the Wolseley 6/80. 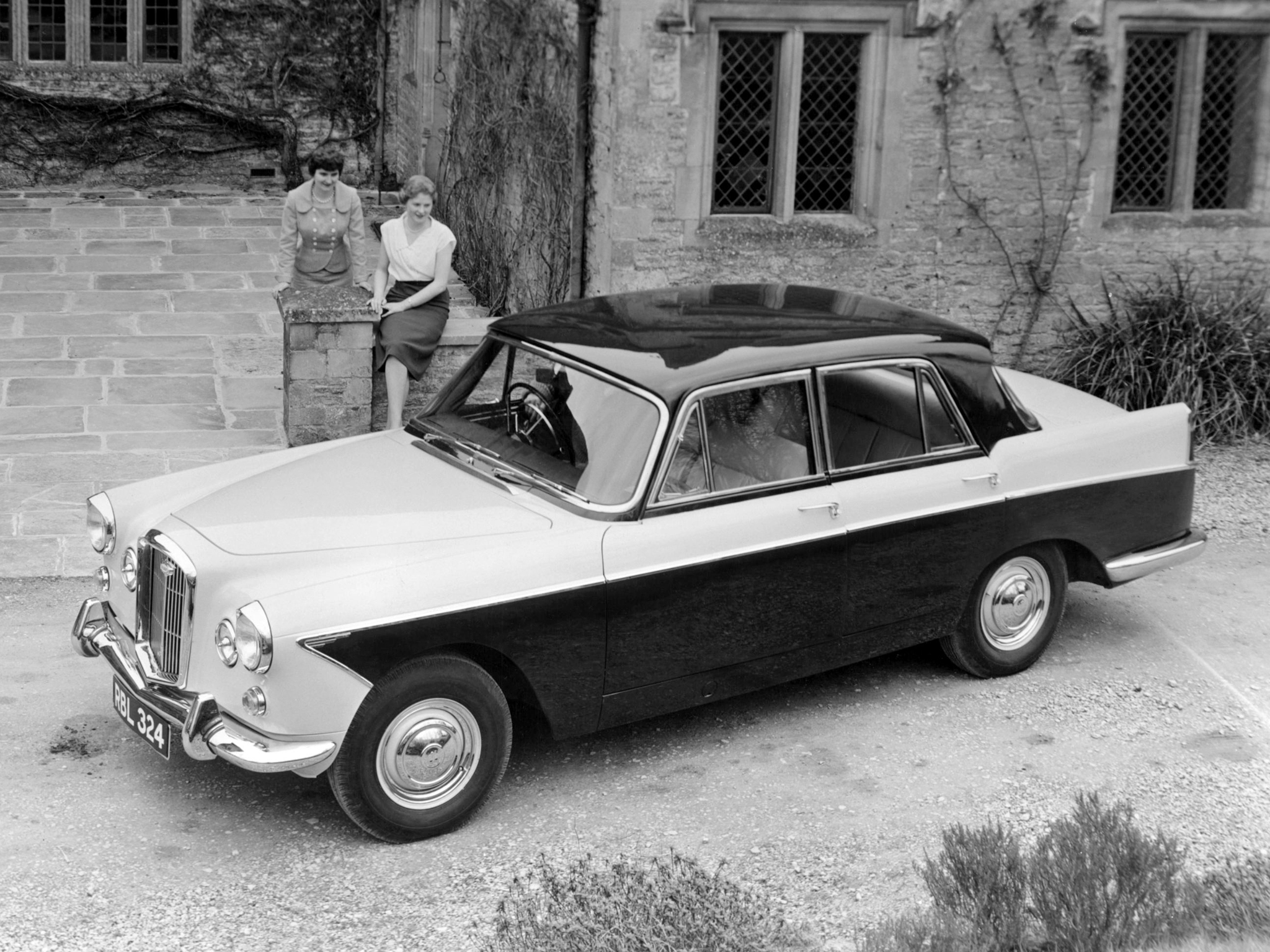 And then 1962 was the year of the Ford-Consul Cortina, the MGB, the Morris 1100 and (a great favourite of mine) the Vauxhall Cresta PB. 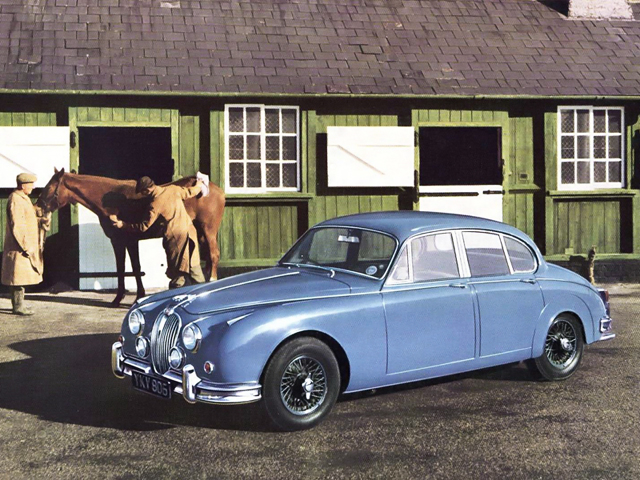 The following year saw visitors mesmerised by the Hillman Imp, the Mini Cooper S, the Rover P6, the Triumph 2000 and the Viva HA. 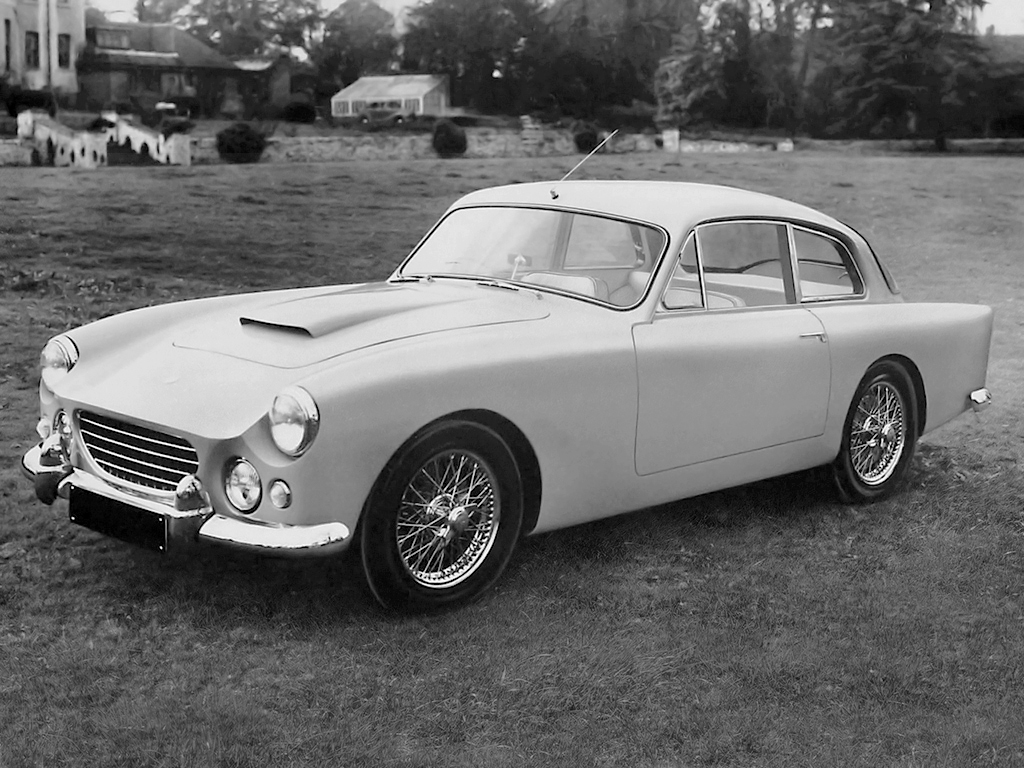 1970 saw Earls Court play host to the Citroen GS, the Cortina Mk. III, the Range Rover, the Triumph Stag and quite a number of middle-aged men wearing flared trousers and Mungo Jerry sideburns for the very first time. 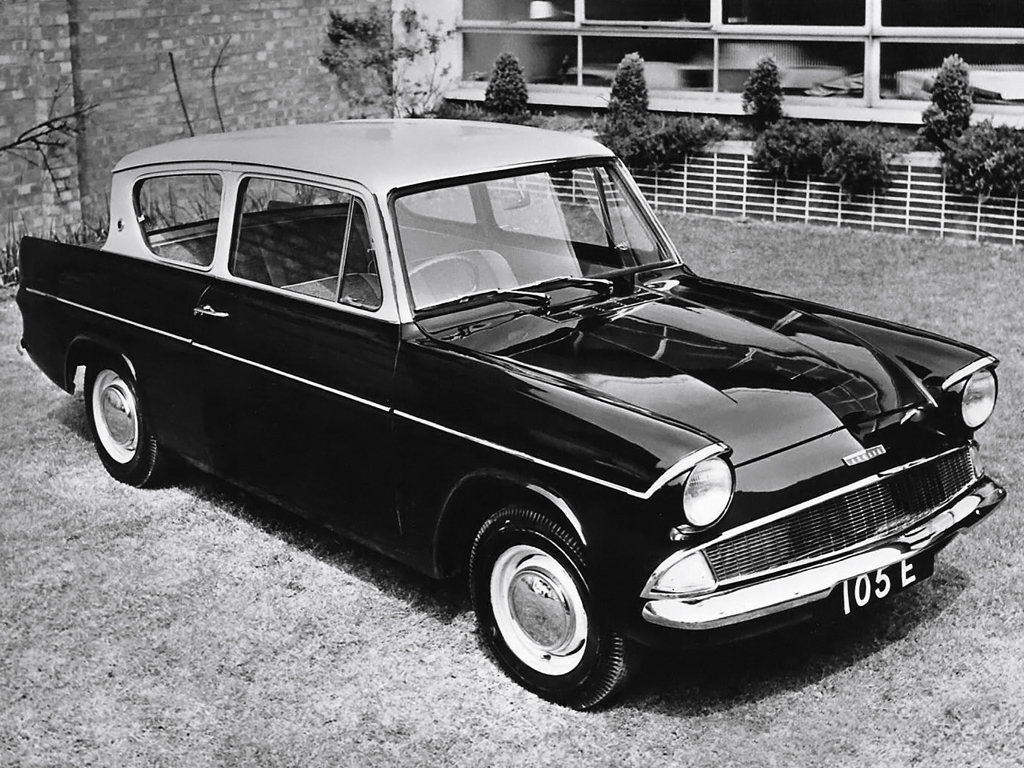 The first show I attended was the NEC in 1980, and I can still remember the crowds and the sheer excitement of seeing the Austin Mini Metro and Ford Escort Mk. III. 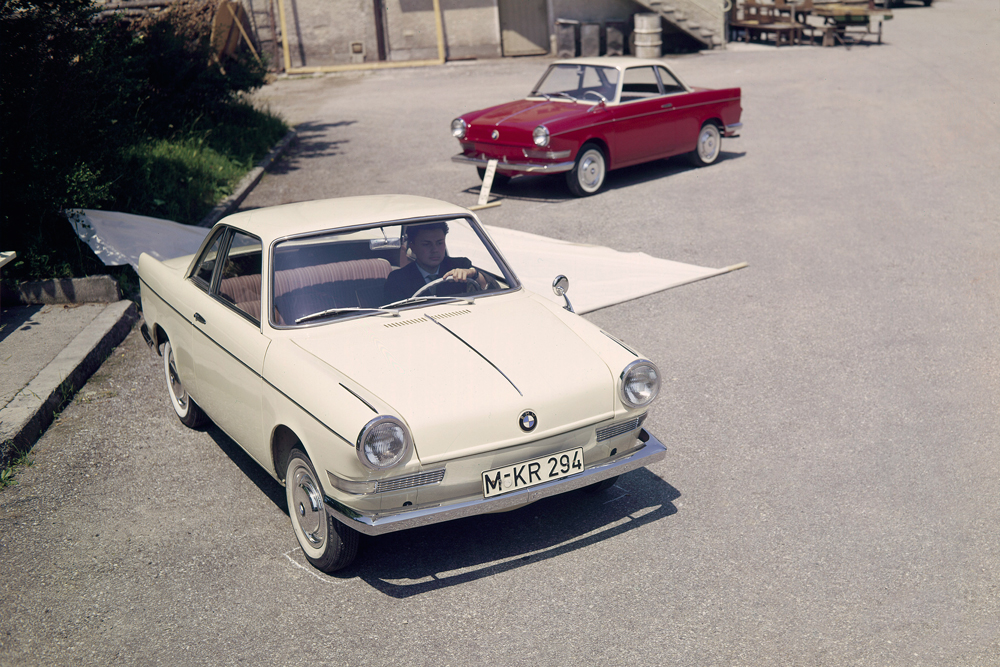 In other words, choosing the ultimate Motor Show for new cars will always be a personal decision, and I have long had a fascination with 1950s and 1960s machinery. 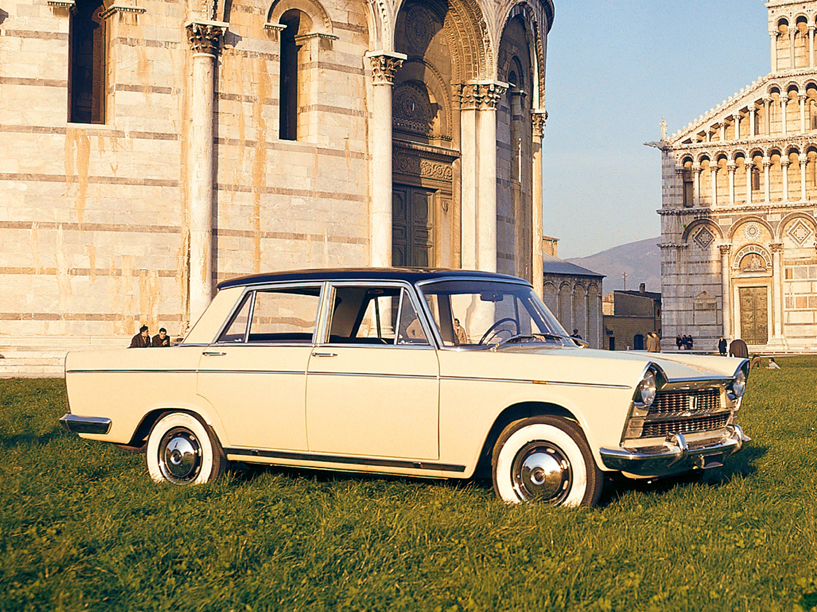 But just consider the line-up of 60 years ago, commencing with Stand 132, where the Wolseley 6/99, a car that embodied taste, decency and cinematic law enforcement. 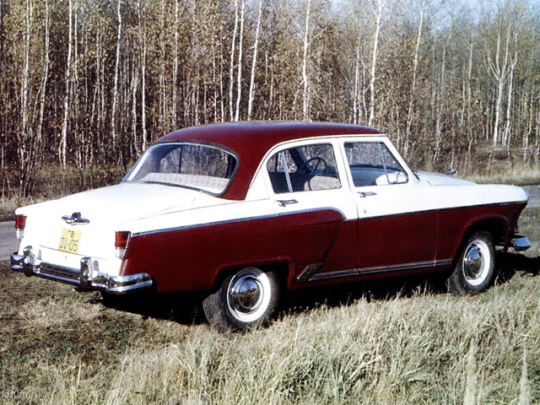 For those with a taste for the sporting life there was the Sunbeam Alpine, the Austin-Healey 3000, the Daimler SP250 “Dart” while the Jaguar 3.8 Mk. 2 instantly appealed to anyone who dreamed of attempting 130 mph on the soon to open M1. 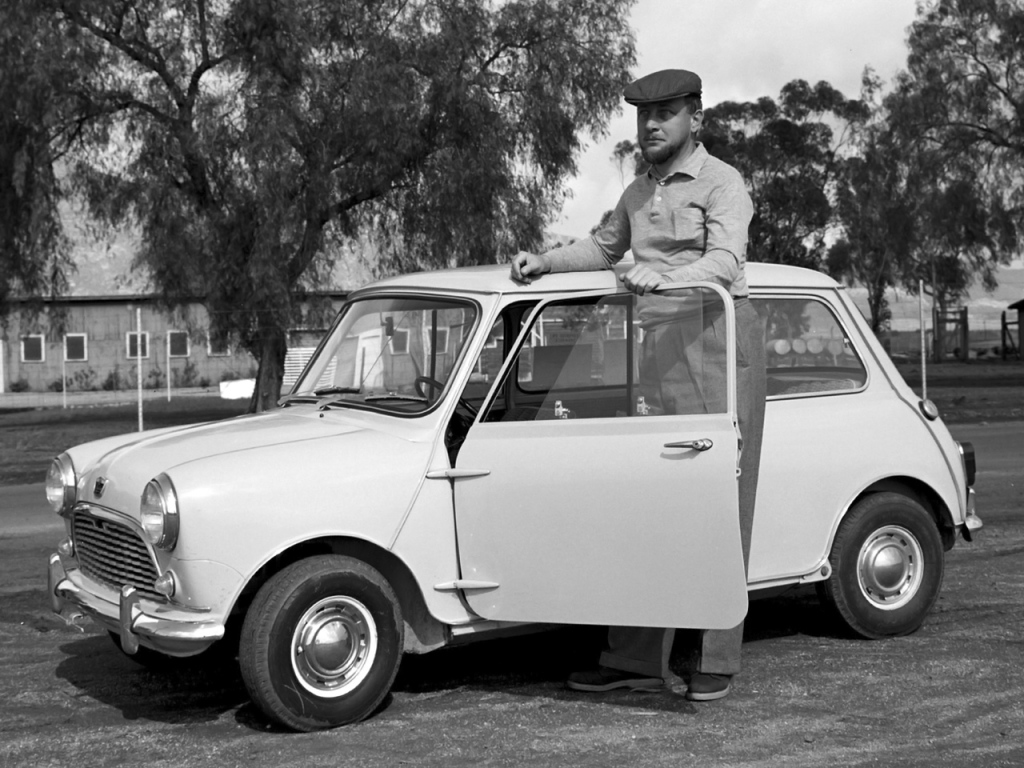 Almost as rapid as the car from Browns Lane was the remarkable Daimler Majestic-Major, one of the finest cars to wear the “fluted” radiator grille and for those with even deeper pockets Aston Martin was offering the DB4GT Superleggera, and the AC stand features the very handsome Greyhound.

For those with a taste for exotica “foreign” large saloons, that Mercedes-Benz 220 “Fintail” looks tempting, if very pricey at £2,250 but the Fiat 2100 is considerably cheaper and might well prove an intriguing alternative to the likes of the Humber Hawk.

Their 1500 Cabriolet could be an open sports car to rival to a Triumph or MG, but there is no UK price as yet.

In a slightly more practical vein, the Ford Anglia 105E looks quite startling and the Popular 100E reassuringly conventional if a tad Spartan (and it is still fitted with those awful vacuum windscreen wipers).

A highlight of the Standard-Triumph stand is an illuminated Herald chassis.

One of the most off-beat vehicles in the show has to be the Chevrolet Corvair – a Detroit car sans fins and with a flat-six air-cooled engine.

Alas, the cost looks set to be a vast £2,211; considerably more than a Rover P5 or a Humber Super Snipe and besides, an American car with a rear-mounted power plant seems too close to the realms of science-fiction.

The Ford Falcon and the Plymouth Valiant are rather more conventional than the Chevrolet but purchasing a “Yank Tank” might well result in social ostracisation at the golf course.

Stand 94 even features two cars from the Soviet Union, the Moskvitch and the Volga, and the latter seems rather appealing in its solid way and looks even more dependable than a Standard Vanguard Vignale.

However, placing an order would almost cause problems with your Tony Hancock-a-like next-door neighbour.

He has been plotting revenge ever since the great lawnmower dispute of 1957 and taking delivery of a new Volga would only present him with the opportunity to finally denounce you as a communist agent to MI5 and/or the local rotary club.

Dominating Stand 113 is the Rolls-Royce Phantom V, but the state of your overdraft means that £8,095 is slightly out of reach and that you have to consider more modest forms of transport.

The comparatively expensive (at £728) but attractive BMW’s 700 marks a definite transition from the bubble car era and Citroën’s Slough-built Bijou looks slightly more conventional than the 2CV, and it even features the steering wheel from the DS19.

However, you are not quite sure about the GRP coachwork and nor do you entirely comprehend how the ‘belt-driven’ automatic transmission of that Dutch car, the DAF 600, actually functions.

As for the Morris Mini-Minor and the Austin Seven, the De Luxe versions do look good value; a small car with a heater and windscreen washers as standard for under £540 is far from usual.

But the wheels are tiny, there is no apparent boot, front-wheel drive is still largely uncharted territory in the UK of 1959, and surely any vehicle with a sideways engine will never catch on.

It was, as the saying goes, another world, one where 33 of the marques on display were British, 14 from Canada or the USA, nine from Germany, six from France, four from Italy, two from the former USSR and just one from Sweden, The Netherlands and the former Czechoslovakia.

Saabs would not be sold in the UK until 1960 while Daihatsu, the first Japanese manufacturer to target the British motorist, would be first seen in 1964.

Topping the Hit Parade was Cliff Richard and The Shadows with Travellin’ Light while John Lennon.

Paul McCartney and George Harrison were a “beat combo” named Johnny and the Moondogs who were unknown beyond the Merseyside region.

And so, here is a reminder of the excitement generated by the 1959 Earls Court Motor Show - which also puts me in mind that the  Lancaster Insurance Classic Motor Show is just a few weeks away…