1) A fresh encounter with one of the first Austin Mini Metros.

Those of us of an age to recall the 1980s will almost certainly remember the sound of the A-series engine in full spate. 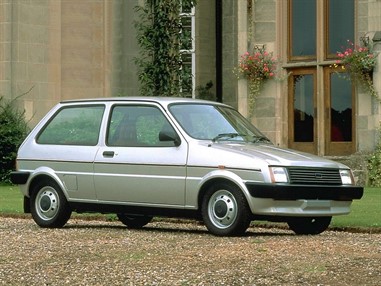 In the very early part of the decade you were less likely to encounter the S (do any of those survive) or the HLS than the L or the basic model.

The Mini Metro now seems to be receiving the respect due to one of BL’s most important models – and whenever I see a W or X registered example at a show it always puts me in mind of Adam & The Ants singing Prince Charming.

I’ve written about this magnificent car in other titles but, frankly, who would need an excuse to re-encounter the Wolseley of Justice? 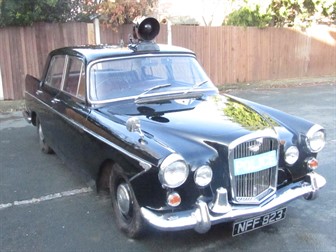 This 1960 6/99 Automatic could have strayed from Merton Park Studios, or the set of Gideon’s Way with its fully-operational roof-mounted PA system and – best of all – Winkworth bell.

3) A Re-Appraisal of The Jaguar Mk. VII

It is almost impossible to envisage the impact made by the Mk. VII on its debut in late 1950. Every subsequent great Jaguar saloon can trace its lineage to the four-door grand tourer that offered coach-built standards for a fraction of the price of a new Bentley.

By the end of the decade the “Big Jaguar” was the car of choice of film stars, the Royal Mews, cads with Leslie Phillips moustaches and anyone who needed to make a swift getaway from the Provincial Bank in Streatham.

Can the J4 really have been launched 60 years ago? They could still be encountered on virtually every street or scuttling through the outer suburbs well into the late 1980s. The J4 had zero pretentions to glamour yet it twice become an icon of popular culture – firstly with the Abbey Road LP and secondly in Withnail and I. All together now – ‘get in the back of the van!’.

5) A ride in the paternal Talbot-Matra Murena

This fine car has been part of my father’s fleet since 1987 and its return to health has taken some thirty years. When the Matra was last on the road I was still a Sixth Form form student and at a time when every other car seemed to be a Vauxhall Cavalier 1.6L Mk. II (and where have they all gone?) the Matra truly stood out.

It wasn’t just the coachwork, it was the detailing, such as the asymmetrical seating, the sharply raked windscreen and the gold paint finish. Even the sound of the 1,592cc “Poissy” engine seemed faintly exotic.

The Talbot was eventually supplanted by a company Peugeot 405 and was garaged for what seemed like eons.

However, this summer the car once praised by L J K Setright – ‘"endowed with a suspension so superb that it need never go slowly’ will once more speed through the New Forest.

And to All Readers – A Happy, Peaceful and Prosperous New Year