The Lancaster Insurance Classic and Supercars Show at Sherborne Castle is fast approaching, with gates opening this Saturday at 10am!

As headline sponsor, we’ve already announced that a 1952 Alvis-Healey G-Type and an Aston Martin V8 Volante will be showcased on our stand (Showfield B, Avenue 3) and we can now reveal a Formula 1 simulator will be joining the party.

People will be able to test their driving skills all weekend, fighting to take home the coveted prize and to be pole position on the leader board! So why not slide into the simulator’s driver seat and take a ride around some of the most famous Formula 1 circuits in the world. With a fight back system built in, the steering wheel pulls just like a real Formula 1 car would as people speed around corners, really adding to the racing effect!

To make things even more exciting, we're giving away a Fire HD 8" tablet to the driver who posts the best lap time of the show! (Terms & conditions apply).

We look forward to hopefully seeing you this weekend! 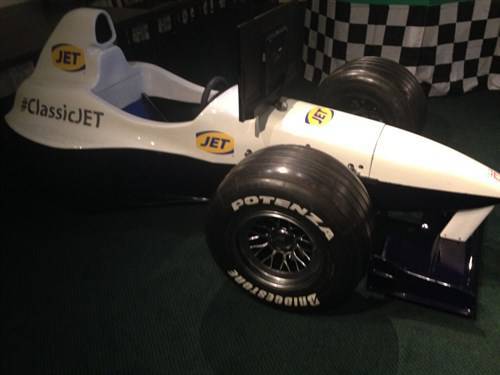 Credit: photo supplied by Pro Slot Racing and is an example of a simulator that will be on the stand.