‘I’ve always liked MGs but never thought I would ever own one’. However, two years ago – and ‘after a three-year search’ – Paul Clappison became the owner of a white GT. Of course, RDJ 242 L won the Pride of Ownership competition in the 2018 Practical Classics Classic Car & Restoration Show, and the” B “is now our “Car of The Month”.  ‘‘I love having the MG. It has its own following now including its own Instagram account’,

MG had considered offering a B coupe even before the launch of the Roadster in 1962, and the resulting GT made its bow at the Earls Court Motor Show in 1965. At that time, it had no direct British rivals for neither Sunbeam nor Triumph offered a factory-built three-door fastback while the likes of the Ford Capri II and the Reliant Scimitar GTE still lay in the future. Some Octagon enthusiasts regarded the GT’s handling as superior to its open-topped stablemate, and Paul thinks the design ‘still looks current today’ and indeed it is a distinctly elegant machine.

The GT made such an impact that it enhanced sales of the B by more than 40% and over half of the overall production was destined for North America. Paul’s car was first registered on the 13th November 1972, and when he came by his MG, it was in ‘good overall condition.  I was looking for a rust free example that could be improved on to show level’.

Since 2017, the GT has undergone a considerable amount of work. There is the detailing – ‘the paint is smooth as glass on show days as I spend weeks preparing the car prior to a show’. Paul has also ‘replaced the rear screen, trim, bumper and added various finishing touches to the interior and engine bay while also maintaining a lot of the originality including restoring the original steering wheel. The wheels are 24 years old, and I spend three hours a corner to get them to look as good as possible on show days’.

Naturally, the GT looks as good inside as out, and just one glance at the interior is sufficient to induce a rush of instant nostalgia for classic car enthusiasts of a certain vintage. You could almost be in an MG showroom in late 1972, as the dealer points out the centre armrest, the switch for the overdrive and the instrument layout.  Whenever Paul is out and about, the GT ‘always gets attention due to its overall condition and the fact that so many people recall owning one or knowing someone who owned one in the past’. He is sometimes asked if RDJ 242 L is a V8 but ‘the only “8” in my car's engine is “1.8”!’.

With a classic car that is as well-established as the MGB, it is sometimes all too easy to take it for granted, but Paul’s GT is a reminder of just why it was so popular. And, thanks to the time and dedication of the owner, it looks even better than the day she left Abingdon more than 46 years ago. 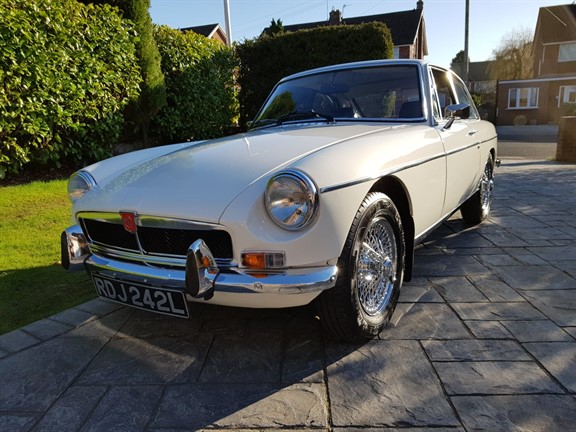 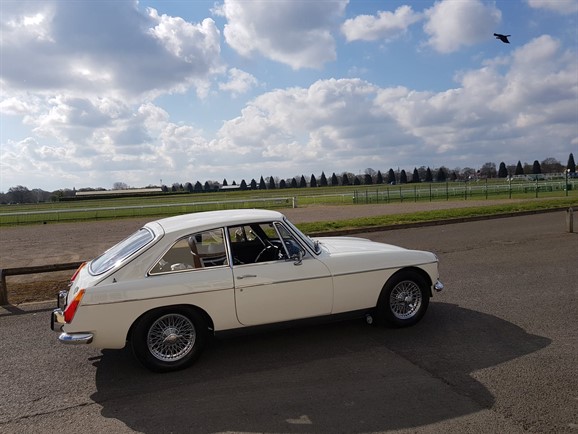