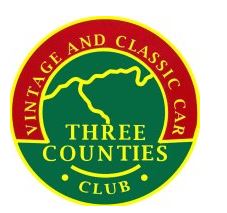 Based in the Bournemouth Area, the Three Counties Vintage & Classic Car Club primarily draws its members from the counties of Dorset, Hampshire, Wiltshire and Somerset but does have members from as far afield as Cornwall, Worcestershire and Yorkshire.

The Club prides itself on its full calendar of events which caters not only for the classic car enthusiasts but also for their partners.

The clubs’ latest event was the Lancaster Insurance Classic & Supercars Show which saw them take home the coveted ‘Best Multi-Manufacturer Club stand’, their second club award from the show!

During the year, the club organises eight Road Runs which end at a local hall in addition to three events, which are free to enter:

Membership costs £14 for a single or £15 for a joint membership.

Benefits include receiving ‘The Phoenix’, the club newsletter which is a 20 page colour magazine produced in A5 format.

For more information on the club, visit: www.3cvccc.co.uk