Organisers of the Lancaster Insurance Classic & Supercars Show are absolutely thrilled to announce Derek Bell MBE will be attending this year’s show. Taking place on 21st July at Sherborne Castle, the shows’ key marque feature will celebrate Porsche and in addition to meeting visitors throughout the day Derek will lead a parade of cars selected from the historic display sponsored by Porsche Centre Bournemouth.

Spanning over 40 years, Derek Bell has enjoyed one of the most successful, diverse and wide-ranging careers of any British racing driver. He is best-known as the consummate endurance sports car driver who won the Le Mans 24 Hours five times, the Daytona 24 Hours three times and the World Sports Car Championship twice. He is considered as the greatest Englishman ever to compete in endurance racing.

Andrew Evanson, Senior Operations Manager at Lancaster Insurance, comments: “It is an honour to be welcoming Derek Bell to the show. From starting out as a marshal at Goodwood to becoming one of the most recognised faces in motorsport history, Derek has had an incredible career and is a true legend within the industry.”

This prestigious charity event, now in its 16th year, is regarded as one of the premier classic and supercar shows in the South of England. More than 2,000 vehicles will be exhibited including vintage, classic, rally, race, supercars, American, custom and hot rods. There will be over 150 trade, craft and autojumble stands plus a Charterhouse car auction, live music in the catering village, amusements for children and beautiful picnic places.

The show supports regional charities and has raised £171,000 over the past five years. For more information about the show visit www.classic-supercars.co.uk or emailclassicandsupercars@gmail.com. 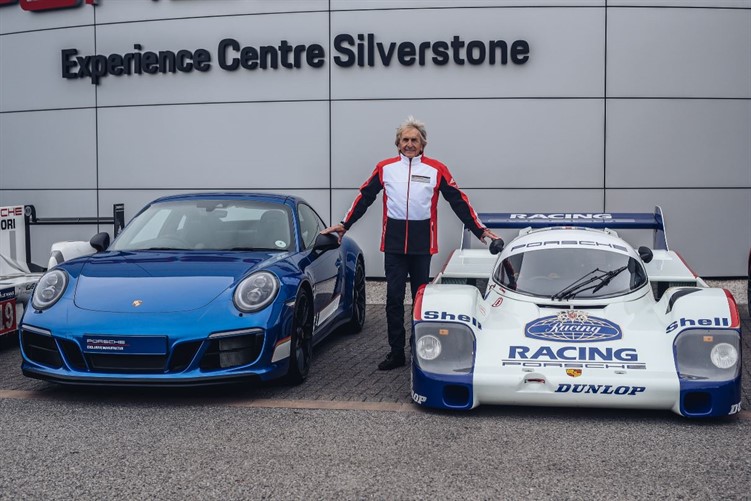